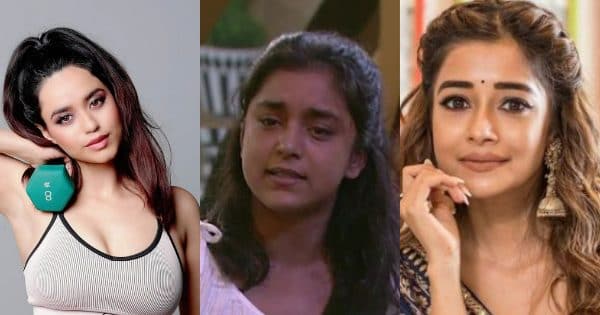 Bigg Boss16 New Captain: New uproar is being seen in Bigg Boss house. In fact, this week Bigg Boss has given the responsibility of captaincy to three girls while playing a big game.

Bigg Boss 16 Promo Video: TV’s famous reality show ‘Bigg Boss 16’ is in limelight these days. The wild card entry of Vikas Manaktala and Sreejita Dey in the show has created a ruckus in the Bigg Boss house. Bigg Boss 16 will see a lot of uproar this week as not one but three contestants have been made captains in the house this week. recently bigg boss 16 A new promo video has surfaced, in which Shaleen Bhanot, Tina Dutta, Sumbul Touqeer Khan, Soundarya Sharma and Priyanka Chahar participate in the captaincy task of the house. During this, a task is given to all the family members, in which they are asked to choose three people from these five contestants. Also Read – Bigg Boss 16: Vikas Manaktala infuriates Soundarya Sharma, fierce fight over house duty

It can be seen in this promo video that finally Nimrit Kaur, Soundarya Sharma, Tina Dutta and sumbul tauqeer khan After which Bigg Boss makes all three of them the captains of the house. People are commenting a lot on this promo video of Bigg Boss 16 and giving their feedback. The fans of Bigg Boss are very surprised by these contestants becoming the captain of the house. Also Read – Will Sajid Khan’s card be cleared this week from Bigg Boss 16? Trolls are venting their anger like this

Sumbul, Tina and Soundarya will play the captaincy

Soundarya Sharma’s attitude has completely changed after becoming the captain of the house. There has been an argument between Soundarya and Vikas regarding the work of the house, the video of which is going viral on social media. In this video, Vikas is seen lying on the sofa when Soundarya comes and asks him to sweep the house. Vikas gets furious after hearing Soundarya’s order and an argument ensues between the two. In such a situation, it has to be seen how Sumbul and Tina Dutta deal with this situation. Also Read – Will Gori Nagori be a wild card entry in Bigg Boss 16? Fans’ mind wandered after watching the new video