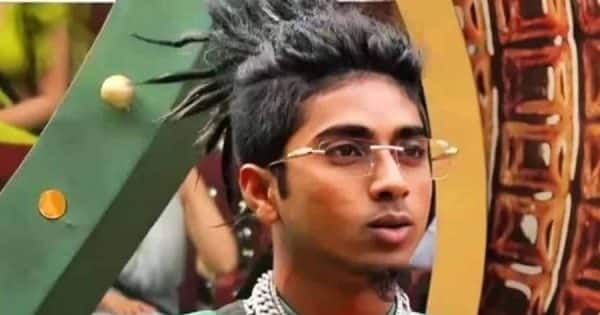 MC Stan Will Leave Bigg Boss 16: MC Stan has said such a thing to Shiv Thackeray and Nimrit Kaur on the previous day that the fans have lost their senses. During this he said that he will leave Bigg Boss.

Big Boss Update: TV’s most controversial reality show Bigg Boss 16 is witnessing something new every day. Ankit Gupta’s rule has now been established in Salman Khan’s show. On the previous day, there was a task regarding Captaincy in which Shaleen Bhanot, Priyanka Chahar Chowdhary, Ankit Gupta and Sumbul Touqueer Khan participated. At the same time, the rest of the family members helped all of them. Meanwhile, Shaleen, Priyanka and Ankit formed a group and targeted Sumbul Touqueer in the first round and got him out of the task. Please tell that in the last, Ankit Gupta defeated everyone and took the captaincy in his name. Meanwhile, MC Steyn has come into the limelight due to one of his statements. He has said such a thing about the show that his fans are upset.

Actually, Nimrit Kaur, Shiv Thackeray, Abdu Rojik were talking to each other. Meanwhile, MC Stan tells Nimrit that he will leave the show. He doesn’t like it here. He said that he would get out of the show by paying Rs 2 crore. During this, Nimrit was seen explaining to him. Let us tell you that even before this many times MC Stan has talked about leaving the show. However, it is not yet clear whether he will leave Bigg Boss 16 or not.

Soundarya Sharma is heartbroken because of Ankit Gupta. Actually, after becoming the captain, Ankit had to save any two members from nomination. During this he took the names of Priyanka Chahar and Sajid Khan. On the other hand, Soundarya did not like this decision of Ankit at all. Soundarya said that she worked very hard to make Ankit win the captaincy task. Despite this, Ankit did not save him from the nomination.