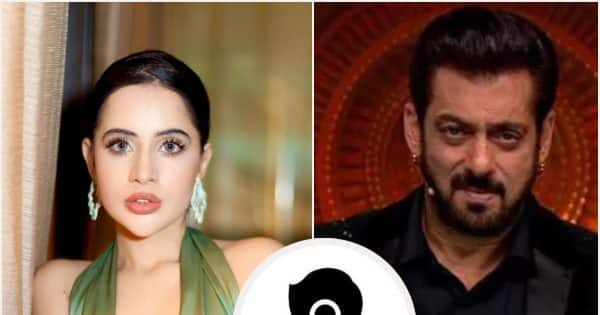 Urfi Javed declares Bigg Boss 16 Winner: TV serial actress Urfi Javed has recently declared this member of Bigg Boss 16 as the winner of the show. After knowing which the fans have started dancing with joy. Know here which member is this.

Urfi Javed declares Bigg Boss 16 Winner: The enthusiasm of the audience has started increasing regarding the TV show Bigg Boss 16 to be aired on Colors TV. Now 7 weeks have passed since the launch of this TV reality show. Along with this, speculations have started that which star is going to get the tag of the winner of this TV reality show. Meanwhile, on social media, a tweet by ex-Bigg Boss OTT contestant Urfi Javed is becoming increasingly viral on social media. In this tweet, actress Urfi Javed is seen naming the winner of Bigg Boss 16. In this tweet that went viral, it is written, ‘From where I am watching Bigg Boss 16. Priyanka Chahar Chowdhary is the winner of Bigg Boss 16. You can see this tweet of the actress here. Also Read – Today TV News 18 November 2022: Neha Bhasin danced a lot at the birthday party, Anupama is missing her sister-in-law

However, please tell that this actress Urfi Javed does not have a twitter handle. Actually, actress Urfi Javed is not on Twitter. He’s only on Instagram. This tweet is from one of his fan clubs. Due to which it seems that actress Urfi Javed herself has tweeted it. At the moment the actress from this tweet Priyanka Chahar Chowdhary There has definitely been an uproar among the fans. The fans of the actress are calling her the sure winner of this game show. Also Read – Bigg Boss 16: These stars begged in front of Salman Khan to go home, pleaded crying