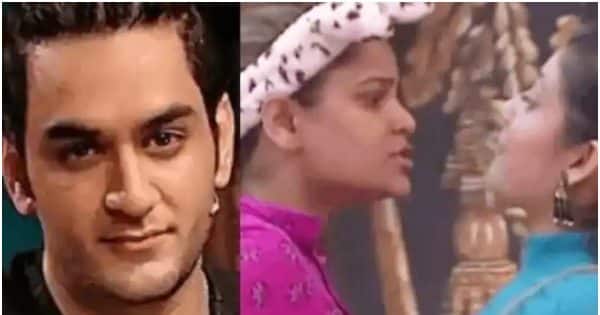 Vikas Gupta mocked on Archana Gautam-Gori Nagori’s fight: Salman Khan’s most controversial TV reality show Bigg Boss 16 is finally catching its pace. The contestants who came to participate in the show are grabbing the attention of the people one by one. On the previous day, there was a fierce fight in the house between Gori Nagori and Archana Gautam. The reason for this fight between the two was avocado. Gori Nagori accused Archana Gautam of throwing food after which there was a fierce fight between the two over the issue. Later Priyanka Chahar Chaudhary told that she had thrown the avocado. After this fierce fight, ex-contestant Vikas Gupta, who is called the mastermind of Bigg Boss, gave a funny reaction to the fight of both.

After this fight X Bigg Boss Contestant Vikas Gupta Reacting on social media, wrote, ‘Avacoda sales in India are about to skyrocket. That too Gori Nagori, Manya Singh, Archana Gautam because of. All the sister-in-laws and aunties are curious to know which vegetable is avocado, behind which this Mahabharata has started. I can’t stop myself from laughing. You can see this reaction of Vikas Gupta here.

The sale of #Avocado in India is going to sky rocket thanks to #gaurinagori @ManyaSinghMI @archanagautamm All the Bhabhis and aunties are super curious to know Yeh #Avocado kaunsi sabji hoti hai which has caused so much fight in the #BiggBoss16 Can’t stop Laughing ? #VikasGupta

These stars are die hard fans of Bigg Boss

Every year there is a lot of discussion about the season of Bigg Boss. The show remains in the eyes of the fans because of its contestants, their battles and the ongoing interactions between them. This time too the show has managed to grab the attention of the audience. Many stars also follow every season of Bigg Boss. Many stars including Gauahar Khan, Kamya Punjabi and Vikas Gupta do not forget to share their opinion on social media platforms after watching this show.