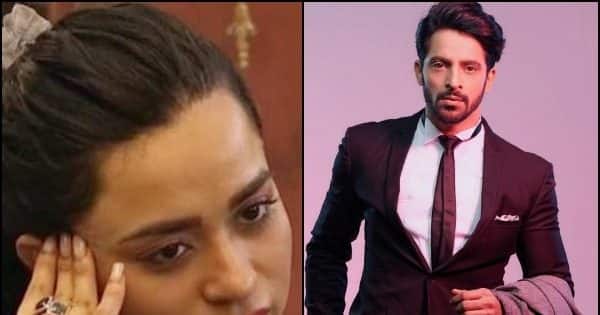 Bigg Boss 16 Latest Promo: In ‘Bigg Boss 16’ this week, Soundarya Sharma has become the captain and as soon as she became the captain, Soundarya faced Vikas Manaktala. There has been a fierce debate between the two regarding the duty of the house. The promo of this fight has been shared by the makers on social media.

Bigg Boss 16 Latest Promo: TV’s Controversial reality show ‘Bigg Boss’ is no less than a battleground, the 16th season of the reality show is going on and there is a daily fight between all the contestants seen here on one thing or the other. This week the house has got three captains including one Soundarya Sharma who is trying to run the house on her own terms. But Vikas Manaktala has messed with Soundarya on the first day itself, due to which a fierce fight has taken place between the two. The promo of this occasion has also surfaced, in which Vikas and Soundarya are seen fighting badly. Also Read – Will Sajid Khan’s card be cleared this week from Bigg Boss 16? Trolls are venting their anger like this

Three captains came to take care of the house

The duty of the house was discussed between Vikkas and Soundarya. Now how do you convince him to work??

The debate in beauty and evolution

It can further be seen in the video that Soundarya asks Vikas to do the household duty, to which Vikas Manaktala replies that I have just told you that I will do it after having dinner. Meanwhile, Vikas also says that he will sweep tomorrow. But Soundarya asks him to do this work today itself. Because of this, an argument starts between the two. During this, both talk by pointing fingers at each other. It is clear from this video that after becoming three captains, there will be more ruckus in the house. Will Sajid Khan’s card be cleared this week from Bigg Boss 16? Trolls are venting their anger like this Also Read – Bigg Boss 16: Priyanka and Sumbul clash badly in nomination task, Vikas also messes with Shiv Thackeray