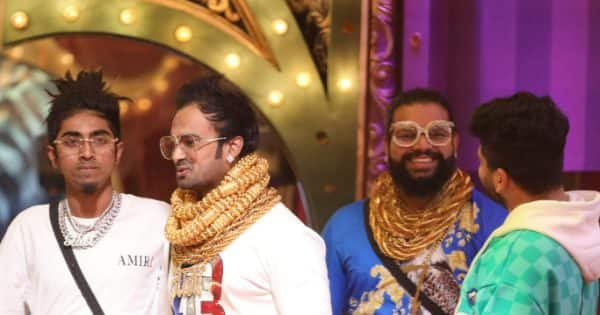 Bigg Boss 16 Latest Episode: In Bigg Boss 16, Salman Khan classes all the contestants one by one. Salman Khan’s anger was clearly visible during Friday’s war. From Tina Dutta to Archana Gautam, Salman Khan reprimanded everyone. Along with this, he tried his best to solve the issue of Priyanka Chaudhary and Ankit Gupta’s fight. People are very fond of the manner in which Salman Khan teased all the issues. The golden boys who entered the house during Friday’s war were also bid farewell. Please tell that the Golden Boys came to Salman Khan’s show only for a few days. Also Read – MC Stan to be evicted from Bigg Boss 16? Will give this much money to the makers

Golden boys created a lot of noise in the house

People know Sunny Nanasaheb Waghchore and Sanjay Gurjar as Golden Boys. In the past, both of them had entered the Bigg Boss house with a bang. Along with the housemates, the contestants of the show also felt that both of them got entry in the show with the help of wild cards. Although recently it became clear that both had come to the house for a few days. In the past, both of them also played an important role in the task of claiming the captaincy in the house. bigg boss 16 In the latest episode of Bigg Boss 16, it is shown that the Golden Boys have taken the exit from the main gate of the house in front of Salman Khan. Also Read – Bigg Boss 16 will see the entry of this actor of ‘Gum Hai Kisi Ke Pyar Mein’, another name surfaced

Wild card entry is going to happen in the house

Colors channel’s reality show Bigg Boss 16 is soon going to have many wild card entries. For the past few days, the names of many actors associated with the TV industry also surfaced for wild card entry. If the latest reports are to be believed then TV actor Namish Taneja is going to enter this controversial show of Salman Khan. Let us tell you that Namish’s bonding with Bigg Boss 15 winner actress Tejashwi Prakash is very special. For the time being, it has to be seen that which other new faces will make an entry in the show?