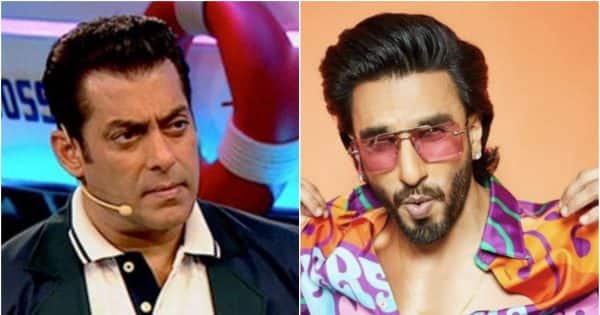 Bigg Boss 16 New Promo Video: Salman Khan’s show ‘Big Boss (Bigg Boss)’ is getting a lot of headlines these days. Everyone is shocked by the eviction of Abdu Rozik in the show. Meanwhile, a new promo video of Bigg Boss 16 has surfaced, in which it has been revealed that Ranveer Singh, not Salman, can host the 17th season of Bigg Boss next year? In fact, this week in Salman Khan’s show, the starcast of the film ‘Circus’ i.e. Ranveer Singh, Jacqueline Fernandez, Pooja Hegde, Varun Sharma and Rohit Shetty. Entered with a bang. The starcast of ‘Circus’ had a lot of fun on the show. During this, Varun Sharma asked all the celebs including Rohit Shetty some funny questions by putting them on a lie detector machine, to which the celebs also answered very well. And when Varun asked Ranveer Singh if he would like to host the next season of Bigg Boss? So Salman Khan also got angry after hearing the actor’s reply on this. Also Read – Bigg Boss 16: Is the relationship of these family members scripted in the show? Contestants exposed each other’s secrets in front of Salman

Varun Sharma asked Ranveer Singh that would you like to host Bigg Boss someday? So on this question Salman Khan reacted immediately and pointing towards Rohit Shetty said that after him. Ranveer also agreed after listening to Salman. Then director Rohit Shetty said that no one can host Bigg Boss better than Salman Khan. Also Read – Bigg Boss 16: Ankit Gupta out of the show because of Sajid Khan? Furious fans tore the director to pieces

People are reacting a lot on this new promo video of Bigg Boss and giving their feedback. One user commented, “Brother Salman, why are you so angry? Every thing has its time, everything changes with time. Bigg Boss 16 hai toh 17 bhi aayega. Aaj aap hai toh koi aur bhi aayega.” ” Also Read – Bigg Boss 16: Not only Shaleen-MC Stan, Salman’s anger will explode on these contestants, will teach a lesson one by one

Salman Khan to be a part of Rohit Shetty’s Cop Universe?