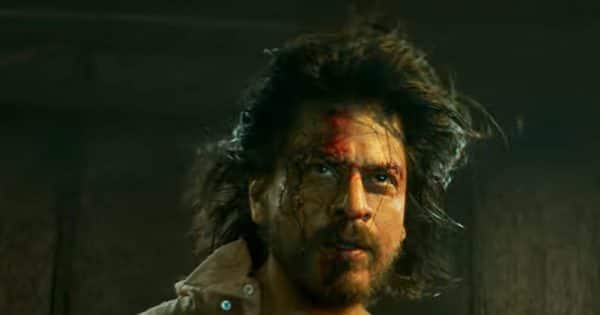 Pathan Teaser: The teaser of Shah Rukh Khan’s upcoming film ‘Pathan’ is about to be released. But even before this, the boycott of ‘Pathan’ has started on Twitter.

Boycott Pathan: Shah Rukh Khan, the King of Bollywood, is celebrating his 57th birthday today. On this occasion, King Khan is going to give a big gift to the fans by launching the teaser of his upcoming film ‘Pathan’. Let us tell you that Shahrukh Khan is going to return to the big screen after four years. In such a situation, the fans are very desperate to see their superstar on the silver screen. But even before the teaser release of ‘Pathan’, Shahrukh Khan’s film has come under the target of Boycott Gang. The boycott of Shahrukh’s film has started on Twitter.

Questions are being raised regarding the death of Sushant Singh Rajput

aside on twitter Shahrukh Khan The boycott of ‘Pathan’ has started, while people are also questioning the death of Sushant Singh Rajput through tweets. One user commented and wrote, “Our country may spare the criminals, but we will not leave. We will raise our voice and roar for justice. For this we completely boycott Pathan.”

Our Country system may set the culprits free, but we cant. We will raise our voice for justice as well as we will Roarr for #BoycottBollywood completely #BoycottPathan

Until we not get answers of ssr death till we will never watch any movie to them. We should need answer why top makers snatched movies from their hand and was given to another hero. #BoycottPathan

At the same time, another user wrote, “We will not watch any of his films until we get the answers to Sushant Singh Rajput’s death. We want answers as to why the top makers snatched films from his hands and chose another hero.” given to?”

For us the newest hobby is making the film flop.

Do you also feel the same way?#BoycottPathan#BoycottBollywood

Another user wrote, “Shahrukh Khan glorifies the ethnicity of Islamic nations by using the name ‘Pathan’ and he has stabbed us Hindus in the back and deceived us to be Hindus. Pak and Afghanistan I still continue to persecute Hindus.”

SRK glorifying islmaic nations ethnicity using name Pathan when they backstabbed and ditched us for being Hindu . Still persecution of hindus is going on in pak and afghan #BoycottPathan

Nexus Stopping CS InSSRCase #BoycottPathan Hypocrisy at its best! Now this two faced journalist is a PR agent for shahrykh! Nothing will save his dying image! No sushant no bollywood

Watching movies of people whose history is completely anti-Hindu is also an insult to our brave Sanatani ancestors…those who don’t know history are doomed to repeat it. @Siddharthanand #BoycottPathan

Pathan race does not originate in what is today India.

Pathans come from Afghanistan and Pakistan.

‘Pathan’ to release on this day

Entertainment News (Entertainment NewsAccording to the news of Shahrukh Khan’s film ‘Pathan’ It will release in cinemas on January 25. Along with Shahrukh, actors John Abraham and Deepika Padukone will also be seen playing lead roles in this film. Actor Salman Khan will also be seen doing a cameo in the film. While ‘Pathan’ is directed by Siddharth Anand, the film is produced by Aditya Chopra.