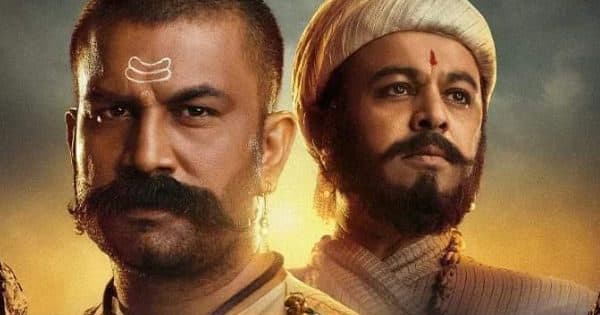 Har Har Mahadev Protest: There is a lot of ruckus about Sharad Kelkar’s Marathi film ‘Har Har Mahadev’. The NCP leader protested against the film and beat up, along with it the show was closed.

The fire of boycott of Bollywood films has now reached the Marathi industry as well and protests have started here too. Released on 25 October Sharad Kelkar Marathi movie ‘Har Har Mahadev’ A lot of ruckus has started regarding this. NCP leader Jitendra Awhad, protesting the film, tried to stop the show by reaching theaters. His supporters thrashed a man who had come to watch a film at another multiplex. Jitendra Awhad has alleged that the history related to Chhatrapati Shivaji has been shown wrongly in the film ‘Har Har Mahadev’.

Chhatrapati Shivaji’s descendant and former MP Sambhajiraje Chhatrapati opposed the film, saying that Shivaji will not tolerate tampering with the history of Maharaj in the guise of cinematic freedom. Along with this, Sambhajiraje Chhatrapati has also opposed the recently announced Marathi film ‘Vedat Marathe Veer Daudale Saat’ in the presence of Chief Minister Eknath Shinde. Let us inform that Akshay Kumar will play the role of Chhatrapati Shivaji in the film ‘Vedat Marathe Veer Daudale Saat’. Mahesh Manjrekar is going to direct this film. Also read- Ranveer Singh’s biggest Pan India film is coming to compete with ‘Bahubali’, know when will the shooting start

Let us tell you that there was a lot of enthusiasm among the people about the Marathi film ‘Har Har Mahadev’ made under the direction of Abhijit Deshpande. The film has been appreciated by the critics. Apart from Sharad Kelkar, Subodh Bhave and Amrita Khanvilar are also seen in the film. Movie Har Har Mahadev Subodh Bhave played the role of Chhatrapati Shivaji and Sharad Kelkar Has played the role of Prabhu Deshpande. The film is based on Prabhu Deshpande. Prabhu Deshpande, who was the general of Chhatrapati Shivaji, fought with 12 thousand Bijapuri soldiers with an army of 300 soldiers.