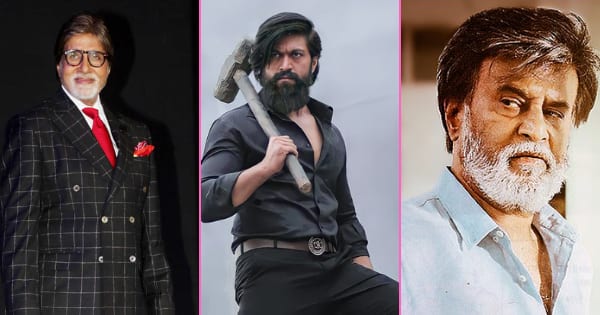 KGF Yash Comment on Persona like Amitabh Bachchan and Rajinikanth: KGF star Yash has made a different identity in the hearts of people through his film. Recently, he has made a big statement about the iconic dialogues of his film, which has now become a topic of discussion everywhere.

KGF Starrer Yash Latest Update: South’s superstar Yash is one of those actors who remain in the news due to his looks. Along with being an actor, Yash has also become an icon, who is counted in the list of big stars. Yash has illuminated the theaters after Corona with his hit film. KGF 2 being a hit is proof of this. Yash is such a superstar who rules the hearts of many people due to his strong acting. Big stars like Amitabh Bachchan and Rajinikanth, who have ruled the hearts of people with their acting, in the same way, now Yash is also winning the hearts of people.

Yash, who played the strong character of Rocky Bhai in KGF, recently talked about the superhit dialogues of his film. In fact, during an interview, when Yash was asked whether the dialogues made on the character of Rocky Bhai were made by Rajinikanth and Amitabh Bachchan. Reminds me of iconic dialogues like K? Responding to this, Yash says that we actors become ambassadors of those things with our style and dialogue and you need actors for these things. If people join us with the personality shown in the films, then they give this thing further recognition in the world. With this, Yash says that when you come on the screen, you should also bring out your personality. If a director or producer comes up with a script, a good story doesn’t just take you forward, but what you present on screen as an actor takes you forward.

The story of South Superstar Yash is such in reality that he has a different connect with the audience. Yash comes from a simple middle-class family. Where his father used to be a bus driver. Yash has broken the records of many Bollywood films with his strong acting. His most awaited film KGF had earned Rs 1198 crore.