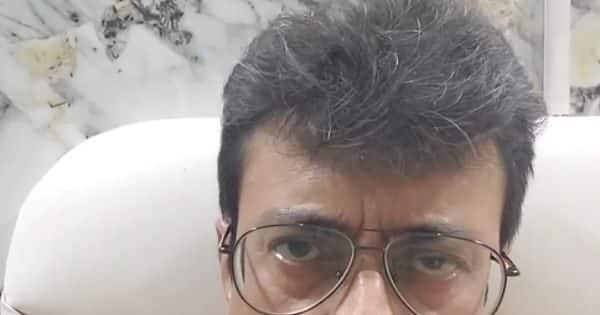 Amit Bhatt Video: Amit Bhatt, who plays ‘Champak Chacha’ in ‘Taarak Mehta Ka Ooltah Chashmah’, has shared a video on his social media account. In this, he has given information about his health.

popular comedy show of tv world ‘Taarak Mehta Ka Ooltah Chashmah’ It is preferred in every household. People like all the characters seen in this show. Recently there was news that Champak Chacha, who is seen in the show i.e. Amit Bhatt He is seriously injured and the doctors have advised him rest. After this his fans got worried. Now Amit Bhatt has given information about his health by sharing a video on his social media account. Also Read – This daughter-in-law of TV became everyone’s favorite after leaving Sai of ‘Gum Hai Kisi Ke Pyar Mein’, love showers fiercely on these characters too

Amit Bhatt Has shared a video from his Instagram account. He has told that all the news about his health is going on in the media and social media and all these are wrong. Along with this, he has told the truth about his health. Amit Bhatt said, ‘Champak Chacha i.e. Amit Bhatt has had a terrible accident since a few days. I want to tell that nothing like this happened. Very minor injury. I’m perfectly fine. Doctors have advised rest for 10 to 12 days. I am missing the shooting and all the actors of the show. With this, he told that he had got this injury during the shooting. Amit Bhatt has thanked his fans in his video. Also Read – Taarak Mehta Ka Ooltah Chashmah: Champak Chacha badly injured during the shooting, doctor advised rest