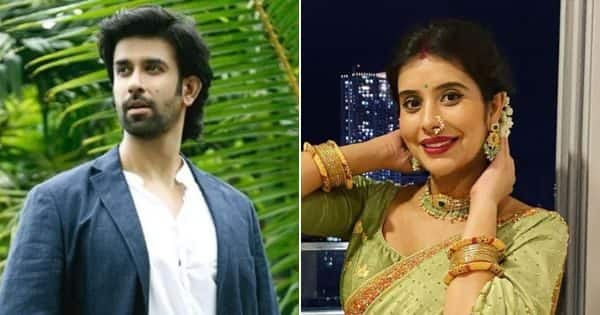 Charu Asopa Accused Rajeev Sen For Cheating: Charu Asopa has made another allegation against Rajiv Sen amidst the turmoil in her marriage. Regarding Rajiv Sen, the actress said that he was cheating on her during pregnancy. The actress said about this, “I found something in his bag.”

Charu Asopa Accused Rajeev Sen For Cheating: The turmoil continues in the marriage of famous TV actress Charu Asopa and actor Rajeev Sen. The surprising thing is that both are going to get divorced soon and this time Charu Asopa herself has also claimed that she will not back down from her decision. On the previous day, Charu Asopa left the house of husband Rajiv Sen and shifted to her new house as well. In the midst of the ups and downs in marriage, Charu Asopa has made another allegation against Rajiv Sen. She has alleged that Rajiv Sen was cheating on her during her pregnancy. Talking about this, the actress said that I had found something like this in her bag, which was also giving me proof of this.

Charu Asopa (Charu Asopa) revealed the deception given by husband Rajeev Sen during a conversation with the media portal. Talking about this, the actress said, “After living in Bikaner for a few months, I went back to Mumbai. Rajiv used to leave home at 11 in the morning for the gym and would come home at 11 in the night. Sometimes he used to come at 7 or 8 in the night. He used to come back too. When I used to ask him about this, he used to make excuses for less traffic. I used to believe his words too. He also told me many times an excuse to sleep in the car.

Rajeev Sen Describing the theft of (Rajeev Sen), Charu Asopa said, “Once he went to Delhi without informing and I was packing the things kept in the house. At that time I found an item in his bag, which Seeing I felt that he was cheating on me.” Charu Asopa also talked about Rajiv Sen’s violent behavior during the interview. TV News The actress further said about this, “Our entire family knows about this. Whenever he has taken a violent attitude, I made up my mind to leave him. But somewhere I loved him very much, which I All his mistakes were forgotten.”