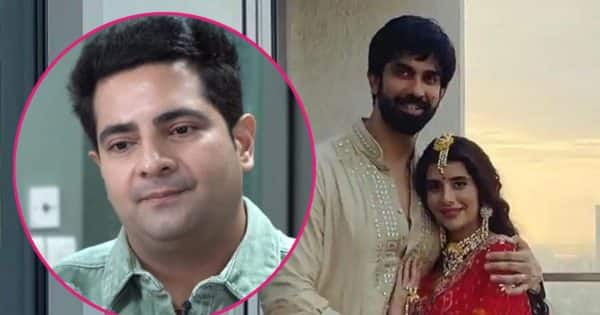 Charo Asopa called Rajeev Sen lier: Sushmita Sen’s sister-in-law Charu Asopa and Rajeev Sen’s married life has once again hit a storm. Charu Asopa and Rajeev Sen have announced their separation once again. This time with new charges, Charu Asopa and Rajeev Sen aiming at each other. Some time back, while accusing Charu Asopa, Rajiv Sen had claimed that she is having an affair with TV actor Karan Mehra. This news shook social media. after which Charu Asopa Has hit back at Rajiv Sen. Charu Asopa has categorically rejected all the allegations of Rajiv Sen.
Talking to Hindustan Times Charu Asopa Said, ‘This news is nonsense. I worked together in Yeh Rishta Kya Kehlata Hai. I have not met Karan Mehra for the last 12 years. Some time back I had met Karan Mehra at an event. Meeting for work is not a bad thing. We are celebrities. Seeing us, no one can say that both of us are having an affair. I want to apologize to Karan Mehra. Karan Mehra’s name is being forcibly dragged into my divorce fight.
Further Charu Asopa said, ‘Bad things are being spoken about Karan Mehra. I feel so bad for Karan Mehra. We have met only once in connection with work. Because of this, the image of both of us is being tarnished. I don’t know if Karan Mehra knows anything about this or not…. My husband’s mind is getting worse with time. That’s why he is giving such a lousy statement.