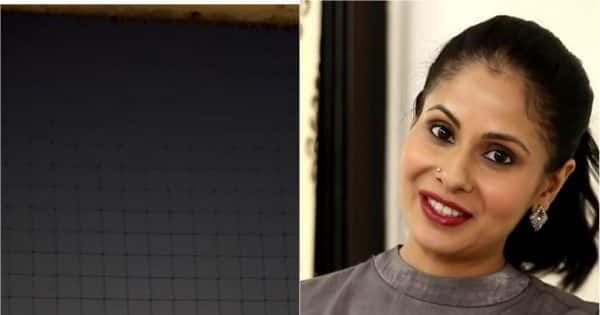 Chhavi Mittal Watched UFO: TV actress Chhavi Mittal has posted a video from her Instagram account claiming that she has seen a UFO from her window on Halloween night. The video of the image is becoming very viral on social media.

Chaavi Mittal: TV’s famous actress Chhavi Mittal has recently posted a video, which everyone has been surprised to see. Actually Chhavi Mittal has claimed to have seen a UFO from the window of her house on Halloween night. In this video shared by Image, an object is visible in the sky, the image claims to be a UFO. Sharing the video, the actress wrote, “I swear this is the UFO I saw on Halloween night.” Not only did the image stop, he shared his entire experience of seeing UFOs with the fans.

Chhavi Mittal wrote in the caption, “It went from earth to sky like a rocket and stopped in mid-air for a while. After that it turned to its left, then came back to the same spot. Green and red for a few seconds. That UFO blinked in color, then went to the left and disappeared. I don’t know if there are ghosts like UFOs on Halloween. But I swear it happened and I believe it was a UFO. “

People are commenting a lot on this post of Chhavi Mittal and giving their feedback. One user commented and wrote, “That was all, now aliens are infiltrating. Kill us we feel like God is playing with us.” At the same time, another user called this experience of image a hoax and said that she was a satellite.

Another user shared the same experience as his image and wrote, “It could be ma’am, because we have also experienced something like this. Me and my cousins ​​saw her very close from our terrace. Something transparent. The thing was there, but it was visible. Which disappeared like a ghost in a few seconds. We can never forget that experience.”