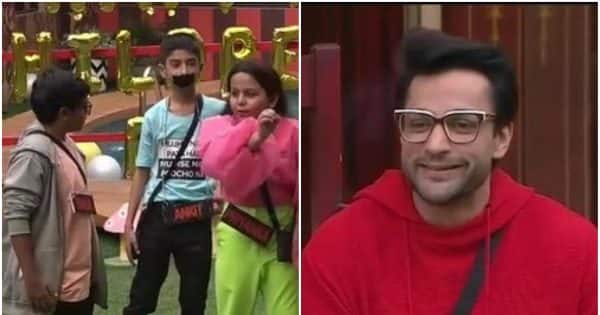 Bigg Boss 16 New Promo: A new promo video of Bigg Boss 16 is coming out, in which children are seen making fun of Priyanka Chahar Chaudhary and Shaleen Bhanot.

Bigg Boss 16 Promo: Colors TV’s famous reality show Bigg Boss 16 is gaining a lot of popularity among people these days. In Friday Ka Vaar, not only Archana Gautam again made a banging entry in the Bigg Boss house, but Salman Khan also lashed out at Shiv Thackeray. Now a new promo of the show has surfaced, in which small children are seen making fun of Shaleen Bhanot, Priyanka Chaudhary and Ankit. The video has been shared by Colors TV’s Instagram page.

Please tell that on the occasion of Children’s Day, children Big Boss I entered and during this time ridiculed the contestants a lot. In the Children’s Day special episode, three kids will be seen stepping into the Bigg Boss house. While one child has become Priyanka Chaudhary, while one child has become gracious and the other Ankit, who has a bandage on his face. In this video it can be seen how the children are making fun of Shaleen and Priyanka. Also read: Bigg Boss 16: Salman Khan lashed out at Sumbul Tauqeer, did this mistake to come in limelight

In the video, Shalin Bhanot said, “Do you keep doing chicken-chicken, man, I eat chicken well. On hearing this from the child, Shaleen says that don’t do this man.

At the same time, in the video, children are also seen enjoying Priyanka. In the video, the girl who became Priyanka says, “Aa gayi, I have to put my legs in the torn of others. I want the camera to capture only me. Once I have had an accident in its affair, in the midst of the footage.” Seeing the fun and jokes of the children, the contestants of Bigg Boss also burst into laughter. People are commenting a lot and giving their feedback on this new promo video of Bigg Boss 16.