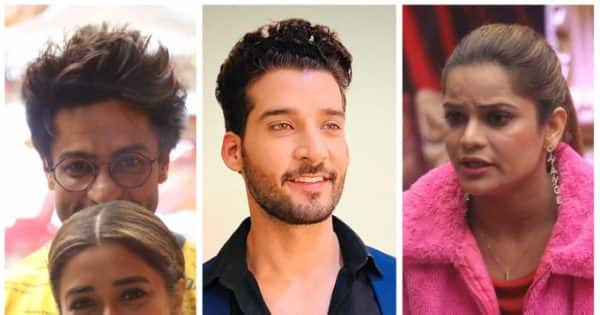 Bigg Boss 16: Shows hosted by Bollywood star Salman Khan bigg boss 16 It is getting interesting day by day. At present, Sajid Khan has been made the captain of this house. Under his rule, the house of Bigg Boss has turned into a battlefield. Recently there was a lot of controversy between Shaleen Bhanot and MC Stan, after which Salman Khan nominated MC Stan for 4 weeks. Gautam Vij was thrown out of this house last day. Gautam Vij was evicted from the house due to less votes. Now Gautam has made many revelations as soon as he leaves the house. Also Read – Soundarya Sharma became unfaithful as soon as Gautam Vij was out of Bigg Boss 16, prepared to do Nain Matka with Shaleen

Actually, Gautam Vij has spoken openly while talking to ‘DNA’. He has reprimanded everyone from Shaleen Bhanot to Archana Gautam. Talking about Tina-Shaleen’s relationship, Gautam said, ‘The relationship between these two is fake. Shaleen told me why can’t you have an affair with Tina. This will be great for your game. So, I rejected this suggestion of Shaleen. Shaleen Bhanot is the person who has been called fake by everyone from Salman Khan to the contestants. Also Read – Bigg Boss 16: Gautam Vij out of Salman Khan’s show, Soundarya Sharma wept bitterly

Gautam Vij said this about Archana

At the same time, Gautam Vij has also talked about Archana Gautam. He said, ‘I liked Archana because whatever work she did, she used to do it from the heart. But she is a little crazy. She always used to tell me that Gautam you are a very strong contestant. Archana wanted me and Soundarya to play different games. Let us tell that Soundarya Sharma’s heart was broken as soon as Gautam Vij was out. However, all the family members took care of him and pacified him. Users on social media are demanding the return of Gautam Vij. If reports are to be believed, Gautam can take a wild card entry in Bigg Boss 16. Also Read – Bigg Boss 16: Ex-wife commented on Gautam Vij’s ‘fake love story’, flaunted Soundarya Sharma in front of the world