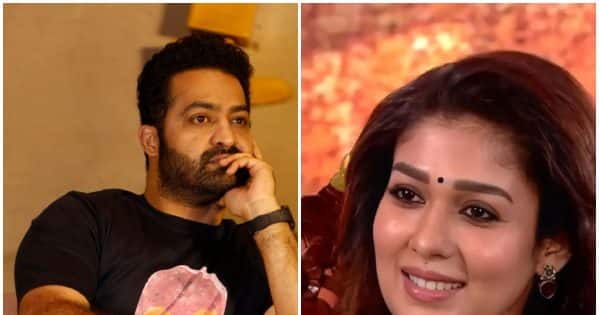 Connect star Nayanthara praises Jr NTR: Tamil film actress Nayanthara’s upcoming horror film Connect is about to reach the theaters soon. The film is about to reach the theaters on 22 December. Nayantara is seen in the lead role in this film. After marriage, this is the first film of the actress which is reaching the theatre. This is the reason why the actress is very busy promoting this experimental film. For which the actress is giving many interviews. During this, actress Nayantara spoke about South Superstar Prabhas and Junior NTR. Also Read – South Gossips Today: Stars rock Ram Charan’s Christmas party, Kantara in Oscar race after RRR

the actress Radiance When told to be just like a child, the actress jr ntr Was seen praising Ki’s dancing skills. The actress said during the interview, ‘He is very cute and he is just like a child. I don’t know if it is still like that. When I worked with him, I found him to be a complete brat. Jo used to jump around on the set, crack jokes and was a lot of fun to work with. He used to jump and jump like a child on the set. But now, he has become a huge star. Now I feel very happy to see him like this. Please tell that the actress worked with Prabhas in the film Yogi. Also Read – Connect: Nayanthara’s film is not getting theaters in Tamil Nadu?

Whereas, actress Nayanthara while talking about Jr NTR said, ‘He is also like a spoiled child. One day while we were shooting, I was doing my makeup touch ups. He kept staring at me. When I asked him why. So he asked why I am doing touch up. I said I have to get ready for the shot. Then they say that no one is going to look at you. Everyone will see me….’ Nayantara said, ‘I am in awe of the way he dances and transforms himself on screen. I have never seen him rehearsing. He is the only hero who never rehearses. Now I don’t know whether he does it or not, but at that time, when we were shooting, he came on the sets, watched his steps and did it with ease.’ Also Read – Private photos and videos of South actresses gave a shock, the names of these beauties are included in the list