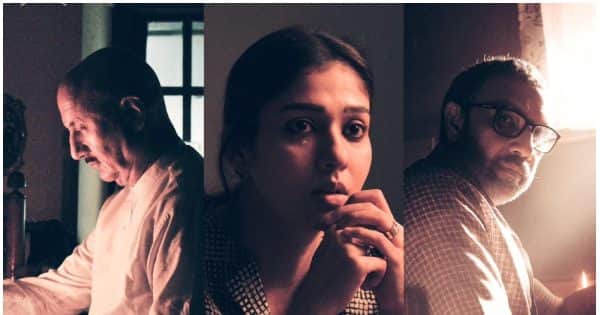 Nayanthara’s Movie Connect: South film actress Nayanthara’s film Connect is about to hit the silver screen. The makers are going to release this film on 22 December 2022. There is a lot of excitement among the fans about the film. This is an experimental film by actress Nayanthara. Which was made by her filmmaker husband Vignesh Shivan in just 90 minutes. This is a horror film by Nayanthara’s husband Vignesh-Sivan. In which Nayantara is seen in the role of a daughter’s mother. Who starts talking to spirits during the days of lockdown. Filmmaker Vignesh Shivan has made this horror film in Hollywood style. Which will end in just 1.5 hours. The interesting thing is that the film is going to be AIDS free. That is, the audience will be able to watch the film without any break in the hall. Now the same thing is going against this film as well. Also Read – South Gossips Today: Stars rock Ram Charan’s Christmas party, Kantara in Oscar race after RRR

Yes, according to media reports Nayantara And Vignesh Sivan Tamil Nadu is facing the most trouble regarding the film Connect. Actually, because this film is AIDS free. And the theater owners say that the main source of income of the theaters is the sale of food items during the break itself. If there is no break in the film, then the theater owners will suffer a lot. This is the reason why the film is having trouble getting theaters in Tamil Nadu. Only 50 percent theaters have been found in Tamil Nadu. Also Read – Connect: Nayantara turns out to be a fan of RRR star Junior NTR, praises the actor

Anupam Kher is also a part of Connect

Let us tell you that Anupam Kher will also be seen in important roles in director Ashwin Saravanan’s film Connect produced by Tamil film actress Nayanthara and Vignesh Shivan. Along with this, Sathyaraj is also going to be seen in an important role in the film. Also Read – Private photos and videos of South actresses gave a shock, the names of these beauties are included in the list