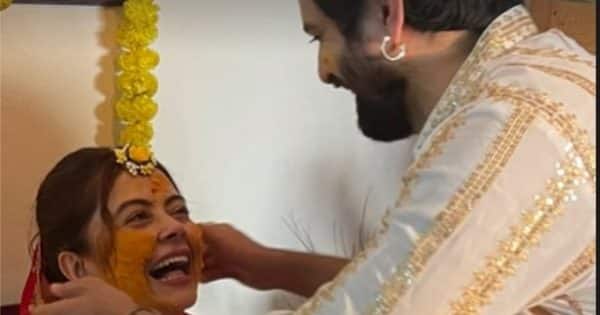 Devoleena Bhattacharjee Haldi Photos viral: Actress Devoleena Bhattacharjee, who played the role of ‘Gopi Bahu’ in Star Plus’ famous show ‘Saath Nibhaana Saathiya’, shared some pictures of her Haldi and Mehendi ceremonies on Instagram Story, seeing which everyone is in awe. Someone is surprised. devolina Looking at these pictures of Devoleena Bhattacharjee Haldi Photos, it seems that Bigg Boss 13 fame is going to tie the knot soon. However, after this picture of the actress went viral, even the fans are not able to believe that Devoleena is about to get married. Also Read – Makers resort to these ‘disputed’ celebs to make reality shows a hit, now it’s Urfi Javed’s turn

Devoleena Bhattacharjee has shared a video from her Instagram account, in which she is seen flaunting her bridal mehndi. In the video, Devoleena and her family are seen applying henna on their hands. Apart from this, the actress has shared a picture of her turmeric ceremony, in which the actress is seen in turmeric outfit, while the family members are applying turmeric to her. People are commenting a lot on these pictures of Devoleena and giving their feedback. 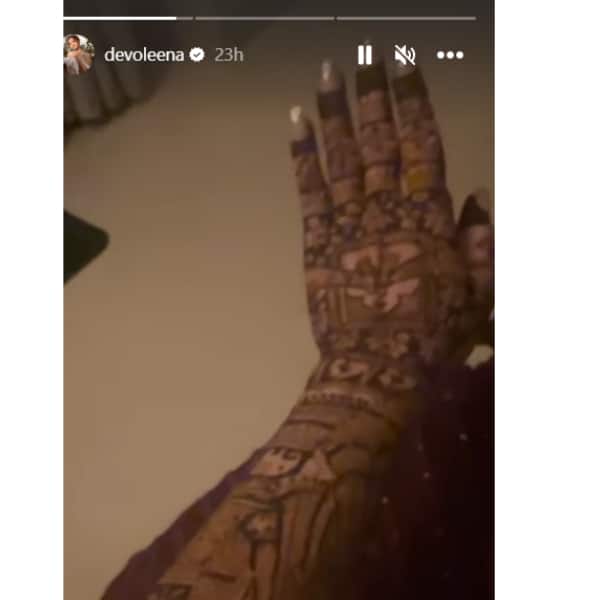 Also Read – These stars have played the game of love triangle in Bigg Boss house, played fiercely in the name of love

Is Devolina going to tie the knot with Vishal Singh?

In February, a news came out regarding actress Devoleena Bhattacharjee, in which it was claimed that Devoleena has married her boyfriend Vishal Singh. However, later this thing proved to be false. But with this post of Devoleena, it seems that now Devoleena and Vishal Singh are finally going to tie the knot?

Devolina was seen in Bigg Boss 13

Please tell that ‘Saath Nibhana Saathiya’ fame Devoleena Bhattacharjee became a part of Bigg Boss 13. Devolina’s name was associated with Siddharth Shukla in the show. It was claimed in the reports that Devolina likes Siddharth, but later the actress denied this. Also Read – These contestants came out of Bigg Boss house crying, the makers made re-entry in the matter of TRP