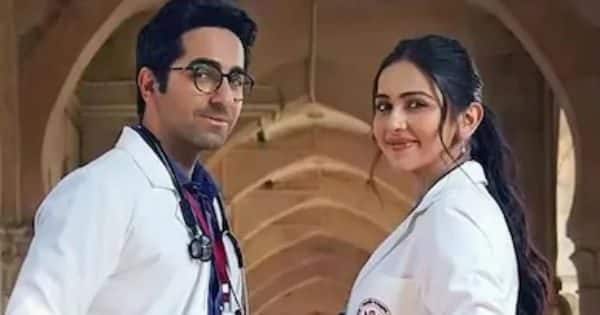 Doctor G Box Office Collection Day 1 : Ayushmann Khurrana And Rakul Preet Singh a film by ‘Doctor G’ It was released in theaters last Friday. The first day collection of this film has come out. The film ‘Doctor Ji’ has not started anything special at the box office. Ayushmann Khurrana and Rakul Preet Singh will not be satisfied with these figures. When the trailer of this film was released, it made people laugh a lot and according to the good response received then people have not reached the theaters. Now that it is Saturday and Sunday in front of the film, then the earnings are expected to increase.

Ayushman Khurana And Rakul Preet Singh The film ‘Doctor Ji’ was released on 14 October. The film has done a business of Rs 3.87 crore on the first day. This earnings cannot be called good but not very bad start. Now two days of the weekend are in front, so the film’s earnings are expected to jump. Ayushmann Khurrana and Rakul Preet Singh’s film ‘Doctor Ji’ can reach around Rs 12 crore in the first weekend.

Despite the low pre-release buzz, #doctorG puts up a decent total on Day 1… National chains fare better, while mass pockets are extremely dull… Has scope for improvement on Day 2 and 3… Needs that push for a respectable weekend total… Fri ₹ 3.87 cr. #India biz. pic.twitter.com/dEtKtP7Tcd