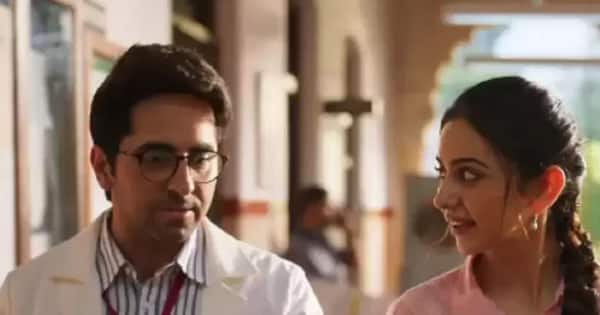 Doctor G Box Office Collection Day 2: The latest figures of the earnings of the film ‘Doctor G’ starring Bollywood stars Ayushmann Khurrana and Rakul Preet Singh have come in front of us. This film has earned so much on the second day.

Doctor G Box Office Collection Day 2Bollywood stars Ayushmann Khurrana and Rakul Preet Singh’s lead role in the film ‘Doctor G’ remains in the news these days. The film is being praised fiercely on social media, but the film has not earned that much. The film did a business of Rs 3.87 crore on the first day at the box office. Now the figures of the second day’s earnings of this film have come in front of us. After seeing this, the makers and fans are going to be very happy. Because the film has earned quite well on the second day.

Rakul Preet Singh and Ayushman Khurana a film by ‘doctor ji‘ It has been 2 days since the release. The film may not have earned much on the first day, but the film has made the makers happy on the second day. According to trade analyst Taran Adarsh, the film’s earnings saw a jump of 34% on the second day i.e. Saturday’s earnings. Trade analyst Taran Adarsh ​​tweeted that the film has done a business of Rs 5.22 crore on the second day. This jump in earnings has made the fans as well as the makers happy. It is believed that this film will cross the Rs 12 crore mark at the box office in three days.

This is the budget of Ayushman Khurana’s film