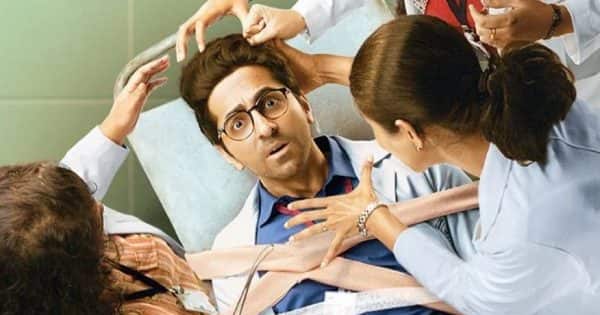 Doctor G Box Office Collection Day 3: Ayushmann Khurrana and Rakul Preet Singh’s film ‘Doctor G’ is creating a lot of panic at the box office. The film has made a tremendous collection in just three days.

Doctor G Box Office Collection Day 3: Ayushmann Khurrana and Rakul Preet Singh’s filmdoctor ji (Doctor G)’ is creating panic at the box office. Ayushmann is playing the role of male gynecologist in the film, while Rakul Preet Singh has become his senior. ‘Doctor Ji’ is very much liked by the audience. Ayushmann’s film may have made a slow start on the first day, but on the weekend, ‘Doctor Ji’ created a lot of panic. Now the figures of the third day’s earnings of this film have come out, after seeing which the makers and fans are going to be very happy. Because the film has earned very well on the third day i.e. on Sunday.

‘Doctor Ji’ did so much collection on the third day

Apart from Ayushmann Khurrana and Rakul Preet Singh, actress Shefali Shah is also seen playing lead roles in the film ‘Doctor Ji’, directed by Anubhuti Kashyap. Shefali is playing the role of Ayushmann’s mentor in the film. People are also praising the acting and strong character of the actress. At the same time, let us tell you that the budget of ‘Doctor Ji’ is only 35 crores, in such a situation it is being estimated that this film will earn profit in a few days.