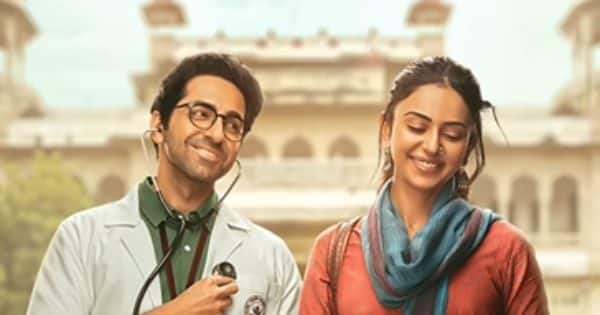 Doctor G Box Office Collection: Ayushmann Khurrana and Rakul Preet Singh starrer ‘Doctor G’ proved to be a flop at the box office on the fourth day. Know here how much the film has collected so far.

Doctor G Box Office Collection Day 4: Bollywood actors Ayushmann Khurrana, Rakul Preet Singh and Shefali Shah starrer ‘Doctor G’ have completed 4 days of release, although there is no significant increase in the film’s earnings. The film is getting mixed response from the audience. While there was a tremendous jump in the earnings of ‘Doctor Ji’ on the weekend, the film failed on the fourth day i.e. on Monday at the box office. According to trade analysts, the earnings of Ayushmann and Rakul’s film have registered a decline of more than 50 percent on the fourth day.

‘Doctor Ji’ did so much collection on the fourth day

According to media reports, the film ‘Doctor Ji’, directed by Anubhuti Kashyap, has earned around Rs 3 crore on the fourth day. Accordingly, Ayushmann Khurrana and Rakul Preet Singh’s ‘Doctor Ji’ has collected Rs 18.03 crore in these four days. However, these figures have not been officially confirmed yet. Let us inform that while ‘Doctor Ji’ opened at the box office with Rs 3.87 crore on the first day, the film earned around Rs 5.22 crore on the second day i.e. Saturday. This film had the highest collection on the third day i.e. Sunday. The film had earned Rs 5.94 crore on Sunday.

Story and Budget of ‘Doctor Ji’

Ayushmann Khurrana has once again appeared in front of the society on a new issue through the film ‘Doctor Ji’. The film depicts the challenges faced by male gynecologists and the mindset of people towards them. Actress Shefali Shah is playing the role of Ayushmann’s mentor in the film. At the same time, actress Rakul Preet Singh is looting a lot of people by becoming her senior. Let us inform that the budget of this first film directed by Anubhuti Kashyap is Rs 35 crores.