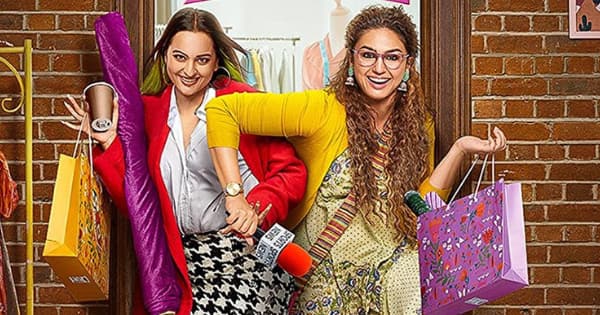 Double XL Box Office Day 1 Early Estimate: Bollywood actress Sonakshi Sinha and Huma Qureshi’s film ‘Double XL’ is in the news these days. It has been a day since the release of this film. After which now the figures related to the film’s earnings have started coming. The makers are not going to be very happy after seeing the figures of the film’s earnings that are coming out. Because the film has earned very less on the first day itself. After seeing this, even the fans are not happy. So let us tell you how much Sonakshi Sinha has earned on the first day.

‘Double XL’ fails at box office on day one

Sonakshi Sinha and Huma Qureshi’s film ‘Double XL’ was in the news even before its release. People were talking a lot about the story of this film. It was believed that the film would hit the box office as soon as it came, but it does not seem to be happening. The initial figures of this film’s earnings have been revealed, according to which the film has not been able to do anything special on the first day at the box office. According to Pinkvilla’s report, Sonakshi Sinha and Huma Qureshi’s film is going to earn Rs 25 lakh on the first day at the box office. For information, let us tell you that these are approximate figures, changes can be seen in the actual figures. But it is believed that the first day of ‘Double XL’ at the box office is not going to be anything special. This film does not seem to be successful in entertaining the people.

What is the story of ‘Double XL’

The story of this film is about two women who get upset due to plus size. In this film, Huma Qureshi has played the role of Rajshree Trivedi, while Sonakshi Sinha is seen in the role of Saira Khanna. What do you think about this film, do let us know by commenting.