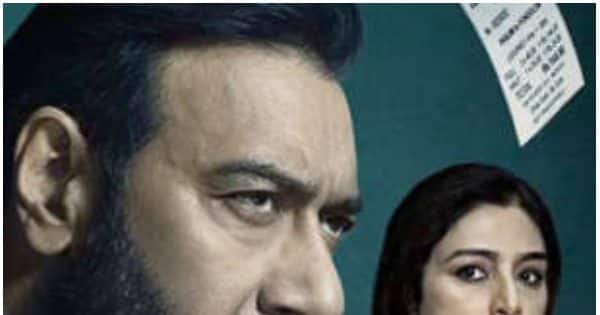 Drishyam 2 Box Office Collection Day 13: Bollywood superstar Ajay Devgn, Tabu, Shriya Saran and Akshaye Khanna starrer film Drishyam 2 (Drishyam 2) has been successful in earning consistently. It has been 13 days since the film was released. Still the pace of earning of the film remains fast. Due to which now the film is fast running towards the big figure of Rs 200 crores. The film has collected a total of Rs 160 crores within just 13 days of its release. Which is no less than a big opportunity for the Bollywood film industry at this time. After a long time, a Bollywood film has come out which was successful in pulling the audience to the theatres. Although this film is also a Hindi remake of a blockbuster South film. Which the film fans are watching from the angle of the remake. Despite this, the film is achieving success in earning handsomely.

According to the latest information revealed, the film star Ajay Devgn And the Tabu starrer film has collected a total of Rs 159.17 crore from the theaters on its 13th day of release. The special thing is that the film is earning well in the weekdays as well. The film has collected Rs 7.87 crore on Friday, Saturday 14.05 crore, Sunday 17.32 crore, Monday 5.44 crore, Tuesday 5.15 crore, Wednesday Rs 4.68 crore. You can see the latest figures of the film’s earnings here.

With this, buzz has started forming that the film will soon be able to cross the Rs 200 crore mark. Ayushmann Khurrana starrer film N Action Hero is reaching theaters on coming Friday. Apart from this, on December 2, Karthik Aryan’s suspense thriller film Freddy is also releasing on the OTT platform. Despite this, critics are not seeing much competition regarding Ajay Devgan starrer film Drishyam 2. In such a situation, it will be interesting to see in how many days the film will be able to cross the crucial Rs 200 crore mark.