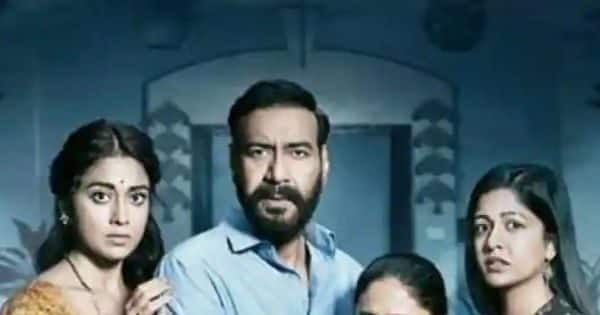 Drishyam 2 Box Office Collection Day 15: Ajay Devgan’s film ‘Drishyam 2’ has completed its second week at the box office. The film has earned a bang so far. Here you can see the statistics of the film.

Drishyam 2 Box Office Collection Day 15: Ajay Devgn a film by ‘Drishyam 2’ It’s been two weeks since its release. The film is continuously earning well. The film was released in theaters on November 18, 2022 and has dominated the box office for two weeks. The film has collected Rs 4.45 crore on its third Friday. Let us know how much the film has earned so far. Let us tell that apart from Ajay Devgan in the film ‘Drishyam 2’ Tabu, Akshaye Khanna, Shriya Saran, Ishita Dutta, Rajat Kapoor, Saurabh Shukla and Mrinal Jadhav are also there.

‘Drishyam 2’ is earning a whopping amount

These films are in front of ‘Drishyam 2’

Directed by Abhishek Pathak, the film ‘Drishyam 2’ is the second part of ‘Drishyam’ which came in the year 2015. This film is a remake of South film industry’s superstar Mohanlal’s ‘Drishyam’ and ‘Drishyam 2’.