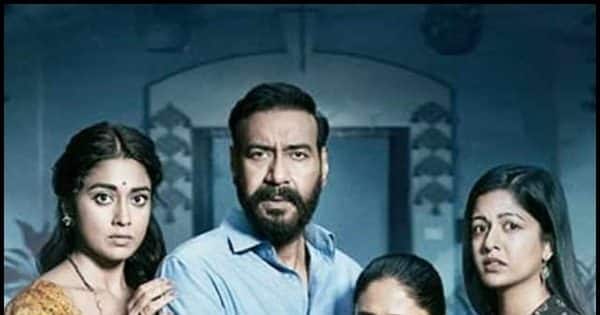 Drishyam 2 Box Office Collection Day 21: Ajay Devgan’s film ‘Drishyam 2’ is on fire at the box office. It has been 21 days since the release of the film and on the 21st day also this film has earned a lot. Let us tell you how much the film earned in total.

Drishyam 2 Box Office Collection Day 21 : The year 2022 did not prove to be anything special for Hindi cinema. But in the meantime some such films have also been released, which have saved the shame of Hindi cinema. First Karthik Aryan’s ‘Bhool Bhulaiyaa 2’ had a great collection at the box office and now Ajay Devgan’s ‘Drishyam 2’ continues to earn. Ajay Devgan’s suspense and thriller film ‘Drishyam 2’, released in theaters on November 18, is very much liked by the audience, which is benefiting the film’s collection. The film is making huge money in its third week as well and now the 21st day collection of the film has also come to the fore, which is quite impressive. Also Read – Drishyam 2 Box Office Collection Day 25: ‘Drishyam 2’ dominated the box office, know the earning figures of Ajay’s film

Such earnings after the weekend

Actually, there has been a slight decline in the earnings of ‘Drishyam 2’ since the weekend, but everyone believes that this earning will once again bounce on the coming weekend. The film had earned around 19 crores on the 16th and 17th day, after which the film did a business of 3.5 crores on Monday i.e. 18th day, 2.53 crores on the 19th day (Tuesday) and 2.11 crores on the 20th day (Wednesday). By Wednesday, the total earnings of the film had reached around 194 crores. Also Read – RRR: SS Rajamouli’s film nominated for Golden Globe Awards, these stars including Prabhas-Alia congratulated

At the same time, the film’s earnings have been good on Thursday as well. As per the initial figures, the film has done a business of Rs 2 crore on Thursday (21st day), taking the total collection of the film to Rs 196.46 crore. ‘Drishyam 2’ will easily cross the 200 crore mark in this week itself. Also Read – Ajay Devgan was elated after seeing the earnings of ‘Drishyam 2’, the actor said this about the film ‘Bhola’

Let us inform that after the release of ‘Drishyam 2’, Varun Dhawan’s ‘Bhediya’ and Ayushmann Khurrana’s ‘N Action’ have also arrived in theatres. But even these two films together could not affect the earnings of ‘Drishyam 2’. Ajay Devgan’s ‘Drishyam 2’, made in about 50 crores, went ahead by leaving both these films.