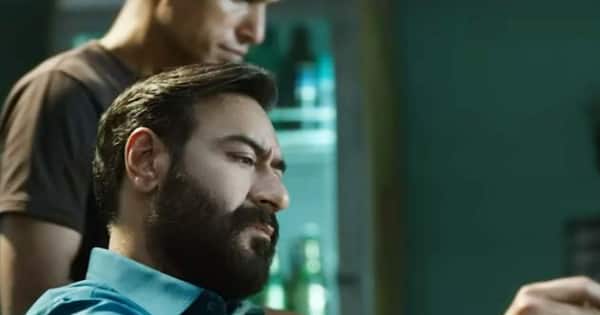 Drishyam 2 Box Office Collection Day 11 Early Estimate: There was a time in the year 2022 when Bollywood films were flopping. But everything changed with time and now Ajay Devgn’s film ‘Drishyam 2’ (Drishyam 2) is blowing up at the box office. The film started earning hugely at the box office from the very first day itself. The film also crossed the 100 crore mark at the box office in its first week itself. Now 11 days have been completed since the release of this film of Tabu and Akshaye Khanna. After which new earning figures have come out, which has surprised the makers as well as the fans.

‘Drishyam 2’ did this much collection on the 11th day

actress Shriya Saran And Ajay Devgan’s film ‘Drishyam 2’ is earning a lot at the box office these days. This film by Ajay Devgan was released on the big screen on 18 November 2022. Now it has been 11 days since the release of this film. After which new figures of the film’s earnings have come to the fore. According to media reports, Ajay Devgan and Tabu’s film ‘Drishyam 2’ can earn Rs 6 crore at the box office on the 11th day. For information, let us tell you that these figures are approximate, the actual figures are yet to be revealed. But the film’s earnings saw a huge drop on the 11th day. Ajay’s film collected Rs 17.32 crore at the box office on the 10th day. According to this, a decline of more than 10 crores can be seen in the film’s earnings on the 11th day.

The film can cross the figure of 150 crores.

Akshaye Khanna And Ajay Devgan’s film can cross the 150 crore mark on the 11th day at the box office. Fans have been waiting for a long time to cross this.