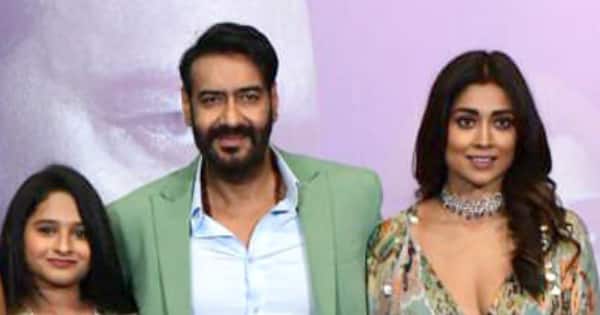 Drishyam 2 Box Office Collection Day 13 Early Estimate: Ajay Devnag and Tabu’s film ‘Drishyam 2’ has completed 13 releases at the box office. The film has created a buzz at the box office from day one. The film has also crossed the 150 crore mark at the 12th box office. After which this film of Shriya Saran has been in headlines. Now after this, the latest figures of the film’s earnings have come to the fore. According to which the film is earning decently on the 13th day. So let’s know how much the film has collected on the 13th day.

‘Drishyam 2’ earned this much on the 13th day

Ajay Devgn, Shriya SaranActing of Akshaye Khanna and Tabu has rocked the box office. The film ‘Drishyam 2’ has completed 13 days of its release, but the pace of earning has still not reduced. The film has earned more than Rs 150 crore at the box office in the first 12 days itself. But even now the pace of earning of the film has not stopped. As per Koimoi’s report, Ajay Devgan and Akshaye Khanna’s film 13th Day has collected Rs 4.5-5.5 crore at the box office. But let us tell you that these figures of earnings are estimated, the official figures are yet to come. After seeing these earning figures, it seems that this film has become successful in entertaining people.

This is the total earning of ‘Drishyam 2’