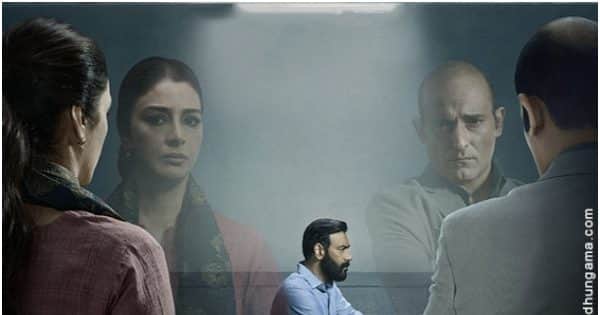 Drishyam 2 Box Office Day 2 Prediction: Bollywood film star Ajay Devgan’s film Drishyam 2 got a great opening on the first day. After this, it is now being speculated that this film is going to earn great money on the second day as well. See Estimated Figures.

Drishyam 2 Box Office Day 2 Prediction: Bollywood film stars Ajay Devgn, Tabu and Akshaye Khanna starrer director Abhishek Pathak’s film Drishyam 2 (Drishyam 2) has been able to earn handsomely as expected. The film received a great response from the audience on the first day itself. The film achieved tremendous word of mouth after its release on the first day. The effect of which is clearly visible on the business of the second day of the film. Looking at the business of the film on the second day, trade experts have already started speculating that the film will earn a bumper on the second day.

Will Drishyam 2 cross the 20 crore mark on the second day?

Ajay DevgnTabu and Akshaye Khanna starrer suspense crime drama film Drishyam 2 Has managed to tie the audience to the seat. This is the reason that the film registered an opening of more than Rs 15 crore on the first day. Now it is being speculated that the film is going to easily add a whopping amount of Rs 20 crores to its account on the second day. If this happens then it is really good news for Bollywood. Who has been expecting good earnings from fans for a long time. Theaters open after the Corona period have not yet been able to get back on track in the Hindi belt. In such a situation, the good earnings of this film will be able to give some relief to the industry.

The occupancy of Drishyam 2 increased by 40% on the second day.

The interesting thing is that the film registered an increase on the second day with an occupancy rate of around 40 per cent. If a report in Bollywood Hungama is to be believed then the number of people who reached the theaters to watch Drishyam 2 saw a spurt on the second day. Because of which it is expected that the film is going to earn Rs 20 crore comfortably on the second day. Now it has to be seen how well these estimates fit. By the way, what is your opinion on this? You can tell us your opinion by commenting.