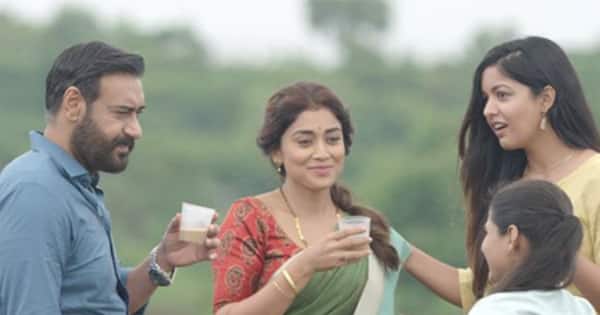 Ajay Devgn Drishyam 2 Twitter Reaction: Twitter users are showering love on Ajay Devgan and Shriya Saran. Twitter users are giving a lot of positive reactions regarding this film, after seeing which the makers are looking happy.

Drishyam 2 Twitter Reaction: Ajay Devgn is once again in the limelight with his film Drishyam 2. Ajay Devgan’s fans were waiting for the release of this film for a long time. Which has been released on the big screen today i.e. 18 November 2022. The trailer of this film of Ajay Devgan was liked by the people. People had given their reaction regarding the trailer of this film on Twitter. Now even after the release of the film, people are seen giving their reactions on social media.

bollywood star Ajay DevgnTabu Shriya Saran Shriya Saran and Akshay Khanna’s film ‘Drishyam 2’ has come to rock the box office. The film had earned crores of rupees in advance booking even before its release. Now people are seen giving their reaction on Twitter regarding this film of Ajay Devgan. Twitter users are liking the film ‘Drishyam 2’ a lot. People are seen writing a lot of good things on Twitter about this film. Some are calling it the best film, while some are calling it a movie to watch with the family. So let’s see how Twitter users are reacting to this film.

Ajay Devgan is really a tremendous actor that’s why everyone likes him#Drishyam2 pic.twitter.com/pIAg3kAqrp

It’s must watch this one now here #Drishyam2 pic.twitter.com/ZEa6abYLpw

The acting looks so real in the trailer of Drishyam 2. He never fails to impress me.#AjayDevgn pic.twitter.com/PvPXuyLxCR

Everyone let’s all see how the case turns and in whose favor it turns in Drishyam2. #AjayDevgn is back in the game! pic.twitter.com/1pzqIPOKIh

Another HIT for the industry is most likely now assured with the acting of #AjayDevgn in Drishyam2. More power to bollywood. pic.twitter.com/MD0NVY7M2H

The film can earn this much on the first day