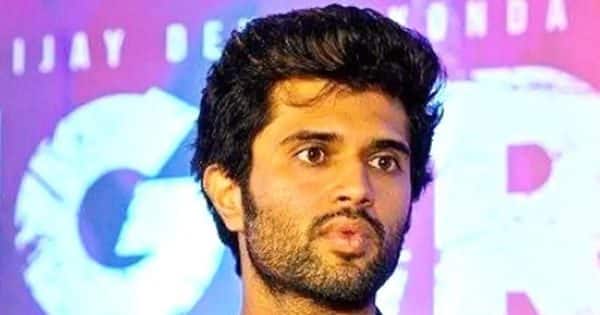 Vijay Deverakonda News: Actor Vijay Deverakonda is seen getting into trouble due to his film ‘Liger’. Actually, ED has received a complaint that black money has been used in his film. That’s why he has been called for questioning.

south film industry actor Vijay Deverakonda Stuck in trouble. In fact, the Enforcement Directorate (ED) has called him for questioning for breaking FEMA rules. His film on Vijay Deverakonda ‘Liger’ I had complained about the use of black money. The ED was told in the complaint that foreign funding including hawala money has been used in the making and promotion of the film ‘Liger’. After this complaint received regarding Vijay Deverakonda’s film, ED has swung into action and started investigation. Also Read – South Gossips of the Week: The news of Prabhas-Kriti Sanon’s affair turned out to be false, Pushpa 2 created ruckus in Russia

Underneath Karan Johar’s production house, Tali Baniya Vijay Deverakonda The film ‘Liger’ was released in Hindi and Telugu. With a big budget, the film Liger did not earn much at the box office. However, Vijay Devarakonda’s film ‘Liger’ has been in the news ever since it was announced. When the film was completed, no stone was left unturned in its promotion. Despite this, people did not like it. Now the ED has received a complaint regarding foreign funding in the film. Also Read – Vijay Deverakonda’s statement on ED’s 12-hour long interrogation, know what the liger star said?

It is being told in the reports that after receiving the complaint of foreign funding in the film ‘Liger’, ED had called director Puri Jagannadh and producer Charmi Kaur for questioning on 17th November. Now ED has sent summons to Vijay Deverakonda and questioned him about the money used in the film ‘Liger’. Also Read – South Gossips Today: Pushpa to be released in Russia on this day, Tollywood stars arrive at Ali’s daughter’s wedding

The film ‘Liger’ was released on August 25.

Apart from Vijay Devarakonda in the film ‘Liger’, Ananya Pandey, Ramya Krishnan were also in important roles. Fighter Mike Tyson appeared on the big screen for the first time in the film ‘Liger’. The film was released in theaters on August 25, 2022.