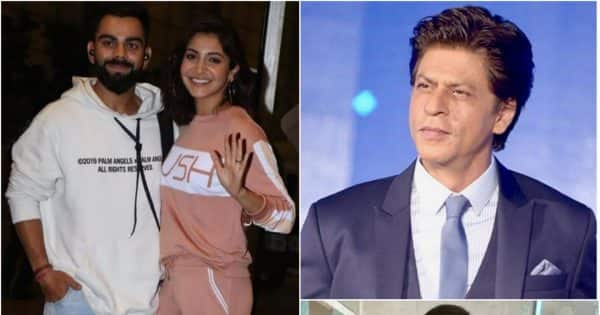 Entertainment News Of The Day: On October 23, many big news has grabbed attention from the entertainment world. While Anushka Sharma has made an emotional post about Virat Kohli on the victory of the Indian cricket team against Pakistan, on the other hand Sukesh Chandrashekhar has broken his silence on his relationship with Jacqueline for the first time.

Entertainment News Of The Day 23rd October: Many interesting news has come out from the entertainment industry on 23rd October. While on the one hand, actress Anushka Sharma has posted an emotional post for Virat Kohli on the victory of the Indian cricket team, on the other hand, actor Shah Rukh Khan has also expressed happiness over India’s victory against Pakistan. Mahathug Sukesh Chandrashekhar has broken his silence about his relationship with Jacqueline Fernandez. Urvashi Rautela has recently made a post, about which she is getting trolled a lot on social media. On the other hand, on the occasion of Diwali, actress Kangana Ranaut has decorated the temple of her house, whose pictures are becoming very viral. Here you will get to read 5 such news of today.

In the T20 World Cup, India finally won the thrilling match between India and Pakistan. On this victory, Virat Kohli’s wife and actress Anushka Sharma shared a post expressing her happiness, on which she wrote, “What a beautiful thing indeed. You have brought a lot of happiness in people’s lives tonight and that too on Diwali.” on the eve of.” Anushka further wrote in praising Virat, “The patience, determination and belief is astonishing. I have just seen the best match of my life.”

Actress Urvashi Rautela has recently made a post, due to which she has once again come under the target of trolls. Sharing her picture from the air, Urvashi wrote, “It breaks my heart to leave. But now it’s time to move on.” Regarding this post of Urvashi, trolls are connecting with Rishabh Pant.

So good to see a great game of cricket. So wonderful to see India win. So brilliant to see @imVkohli Batting….and so inspiring to see him cry and smile….and the background score of Chak de India!! Happy Diwali starts right now!!!

Mahathug Sukesh Chandrashekhar has broken his silence on his relationship with Jacqueline. The accused has written a letter to his lawyer from Mandoli jail saying that Jacqueline is innocent in this case. In his letter, Sukesh said that it is unfortunate that Jacqueline has been made an accused in the PMLA case.

On the occasion of Diwali, Kangana renovated the temple of her house

Actress Kangana Ranaut has renovated the temple of her house on the occasion of Diwali. The actress gave this information through her Instagram story. People are commenting a lot on this post of the actress.