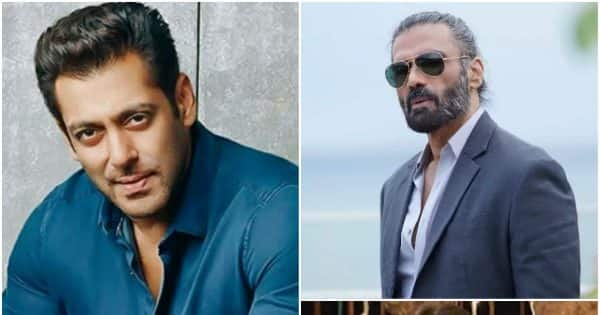 Entertainment News Of The Day: On November 15, many interesting news has come out from the entertainment world. On one hand, where Sushant Singh Rajput’s manager Disha Salian has reacted to his fiancee after two years in the suicide case, Ayushmann Khurrana will play the role of a vampire in his upcoming film.

Entertainment News Of The Day 15th November: Several big news stories from the entertainment industry grabbed attention on November 15. While two years after the suicide of Sushant Singh Rajput’s manager Disha Salian, boyfriend Rohan Roy has made a big disclosure, his new look from Sunil Shetty’s upcoming film ‘File No. 323’ has come to the fore. Salman Khan will perform in Kolkata in January 2023. Here you will get to read 5 such news of today. Also Read – TRP List Week 45 2022: ‘Gum Hai Kisi Ke Pyar Mein’ did a coup of ‘Anupama’, ‘Imli’ also won silver

In the year 2020, Sushant Singh Rajput’s manager Disha Salian gave her life by jumping from a 12-storey building. Now recently, her fiance Rohan Roy disclosed that after Disha’s departure, there was turmoil in her life. In an interview given to ETimes, Rohan Rai has talked about Disha’s sudden death. Rohan told that after the death of Disha, his life had completely deteriorated, the public and the police had made his life haram.

Salman Khan will perform in Kolkata in January

Actor Salman Khan will attend a big event in Kolkata’s Eco Park in January next year and during this time will entertain the fans a lot. Along with Salman, actresses Sonakshi Sinha, Jacqueline Fernandes, Prabhu Deva and Aayush Sharma will also attend the event. Also Read – Anupama: In real life, ‘Anupama”s daughter got angry as soon as her mother got taunted, scolded the one who called her ‘middle class’

Actor Suniel Shetty will soon be seen in Vijay Mallya’s biopic File No. 323. The first look of the actor has come out from this film, in which Sunil is seen sporting short hair.

Actress Anushka Sharma has become the Indian ambassador of Michael Kors watches. The actress gave this information by posting a photo on her Instagram. People are reacting a lot to this post of the actress.