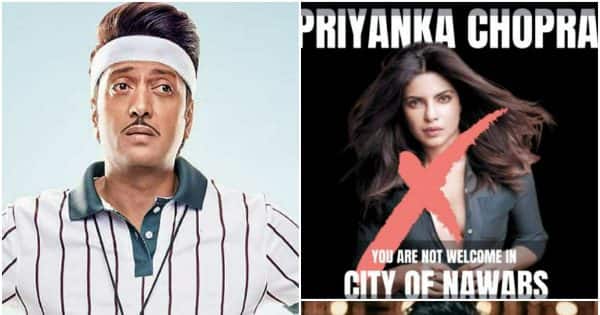 Entertainment News Of The Day: On November 8, many big news has grabbed attention from the entertainment industry. While Priyanka Chopra is being fiercely opposed in Lucknow, on the other hand an FIR has been registered against stand-up comedian Vir Das.

Entertainment News Of The Day 8th November: Many interesting news has come out from the entertainment world on 8th November. On one hand, there is a tremendous protest in Lucknow against Bollywood’s Desi Girl Priyanka Chopra. So an FIR has been registered against stand-up comedian Vir Das, who is always in controversies. The release date of Riteish Deshmukh and Genelia D’Souza’s upcoming film ‘Mystere Mummy’ is out. So recently the trailer of ‘India Lockdown’ has been released. Here you will get to read 5 such news of today.

Actress Priyanka Chopra had reached Lucknow on a two-day tour as UNICEF’s Goodwill Ambassador. During this an incident happened to him. In fact, to meet Priyanka, a fan came over the wall of 1090 women power line, which was arrested by the police. Posters of Priyanka’s name have been posted across the city after the incident, which read, “Priyanka Chopra, you are not welcome in the city of Nawabs.”

Riteish Deshmukh and Genelia Deshmukh starrer ‘Mr Mummy’ is now all set to release on 18 November 2022. Now fans will have to wait just a little longer to enjoy this comedy film directed by Shaad Ali. Let us tell you that the trailer of this film was very much liked by the audience.

Standup comedian Vir Das is once again in the limelight. In fact, Veer’s show was about to take place in Bangalore, which the right-wing group ‘Hindu Janajagruti Samiti’ demanded to be canceled, as well as lodged an FIR against him for hurting the religious sentiments of Hindus.

The trailer of the film ‘India Lockdown’, made on the lives of people affected due to the lockdown during Kovid, has been released. Prateik Babbar and Aahana Kumra are seen playing the lead roles in this film.

No news of ‘Stree’ sequel to Rajkummar Rao

In a special conversation with Amar Ujala, Rajkumar Rao revealed that he has no information about the announcement of the sequel of ‘Stree’. He said – no one has spoken to him about this. The film was a hit and there should be a sequel.