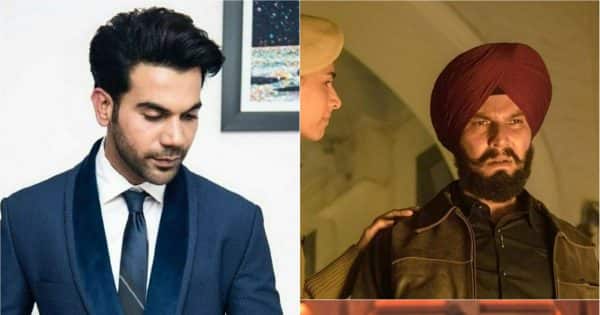 Entertainment News Of The Day: Many interesting news has come out from the entertainment world on 18 November. While the trailer of Randeep Hooda’s series ‘Cat’ has been released, actors Rajkumar Rao and Jyothika will soon be seen together in the film.

Entertainment News Of The Day 18th November: Several big news stories from the entertainment industry grabbed attention on November 18. On one hand, Rajkumar Rao will be seen in Srikanth Bola’s biopic along with actress Alaya F and South actress Jyothika. So the trailer of Randeep Hooda’s upcoming series ‘Cat’ has been released. The trailer of Tusshar Kapoor’s upcoming film ‘Mareech’ has also surfaced. Nimrit Kaur Ahluwalia’s rumored boyfriend may enter Salman Khan’s show ‘Bigg Boss’ as a wild card contestant. Here you will get to read 5 such news of today. Also Read – Bigg Boss 16 Top 5 Contestants 7th Week: Tina Dutta left out of the list, these members changed the game

Rajkumar Rao will be seen in the biopic of ‘Srikanth Bola’

Bollywood actor Rajkumar Rao will be seen in the biopic of Indian industrialist Shrikant Bola. In this film, along with Rajkumar Rao, actress Alaya F and South’s actress Jyothika will also be seen playing the lead roles. While this film will be directed by Tushar Hiranandani, this biopic will be made under the banner of Bhushan Kumar’s production house T-Series. Also Read – Bigg Boss 16: Urfi Javed told this contestant the winner of Salman Khan’s show!! Know the name?

The trailer of Randeep Hooda’s upcoming series ‘Cat’ has been released. In this series, Randeep Hooda will be seen playing the role of police informer ie Kat. The trailer of ‘Cat’ is getting tremendous response from the audience. Watch the trailer here- Also Read – Bigg Boss 16: These stars begged in front of Salman Khan to go home, pleaded crying

Tusshar Kapoor is going to return to the silver screen after a long time. Recently the trailer of the actor’s upcoming film ‘Marich’ has been released. Apart from Tusshar Kapoor, actors Naseeruddin Shah, Rahul Dev and Anita Hassanandani will also be seen playing lead roles in this crime suspense thriller.

After Gautam Vij’s eviction from Salman Khan’s show Bigg Boss 16, there is a lot of excitement among the fans regarding the wild card entry. Recently, the name of Mahir Pandhi has come up as a wild card. Please inform that actor Mahir Pandhi was Nimrit Kaur Ahluwalia’s co-actor in the serial Chhoti Sarrdaarni. The names of both have also been linked together.

After Raju Srivastava, actor Siddhant Veer Suryavanshi died during a workout in the gym. Now recently, actor Sunil Shetty told during an interview why this is happening. The actor said that these problems are happening because of the supplements, the steroids he takes. No problem with workout. It is not that he is stretching his body beyond the limit. This is heart failure and not heart attack, which is happening due to supplements and steroids.