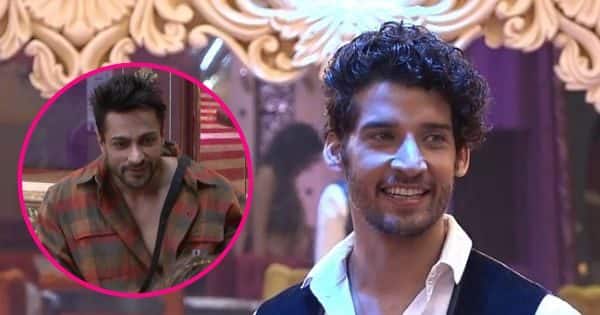 Bigg Boss 16 Gautam Vig Slams Shalin Bhanot: After coming out of Bigg Boss 16, Gautam Vij slammed Shalin Bhanot fiercely. Not only this, he called Shaleen fake and said, “She is a very weak person from inside.”

Bigg Boss 16: Salman Khan’s big bang show ‘Bigg Boss 16’ has left no stone unturned to win the hearts of the people. Gautam Vij had to leave the show on the last day. His departure not only shocked the housemates, but the viewers were also shocked by Gautam Vij’s eviction. But the special thing is that after coming out of Bigg Boss 16, Gautam Vij also left no stone unturned to expose his co-contestants. After coming out of the show, he gave a befitting reply to each and every thing of Shaleen Bhanot, as well as exposed his and Soundarya Sharma’s relationship. Also Read – Today TV News 21 November: Sanjeeda trolled for bikini photos, Sumbul’s co-star taunts Salman Khan

tell that Shaleen Bhanot (Shalin Bhanot) bigg boss 16 In (Bigg Boss 16), Gautam Vij was called a woman and ‘Janani’, on which the actor expressed his displeasure. Taking a dig at Shaleen, he said, “She is very weak from inside and very fake person. There is no quality in her.” Gautam Vij also targeted Shaleen Bhanot’s thinking and wrote, “The way he calls people Janani and Aurat, this thing indicates that this guy is weak from inside, because in his eyes the woman is weak.” Also Read – Bigg Boss 16: Housemates together expose Shaleen and Tina’s fake love story, Archana spews venom

Gautam Vig also talked about his eviction. He said, “I don’t think I would have got less votes. But it was a very unfortunate incident.” Apart from this, the actor also discussed his and Soundarya Sharma’s bonding. Talking about this, the actor said, “Soundarya was with me even in bad times. I don’t think our bonding has weakened the game. There were times when Soundarya felt very sad. She used to tell me Not to talk to those people who say bad things about our bonding. She was protective of me.” Also Read – Bigg Boss 16: Gautam Vij told this contestant the winner of Salman Khan’s show, know his name [Exclusive]

Gautam Vig also discussed the friendship of Shaleen Bhanot and Sumbul Touqueer Khan in an interview given to Bollywood Life. He said about this, “I think the mistake has happened from both the sides. If you see that someone is being more cautious about you, then you should apply brakes. Man, you are 20 years older than him. You should understand that His image could be damaged.”