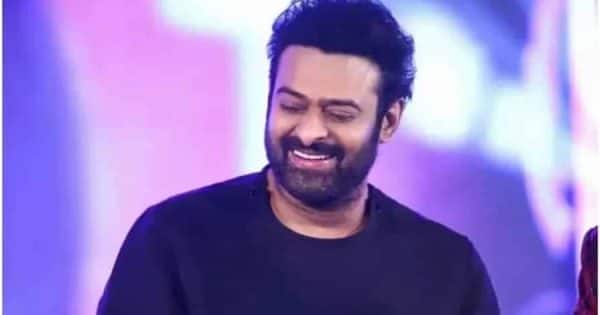 Prabhas Birthday: On the birthday of Prabhas, fans burst firecrackers during the screening of ‘Billa’ at a cinema hall in Andhra Pradesh. This incident caused a fire in the theatre.

Prabhas Birthday: ‘Bahubali’ fame Prabhas is celebrating his 43rd birthday today. On this occasion, the fans are very happy and are celebrating the actor’s birthday with great pomp. Fans are celebrating Prabhas’s birthday in different ways. However, the fans’ crazy about Prabhas overshadowed the theater owners. In fact, during the screening of Prabhas’s film ‘Billa’ in Andhra Pradesh, fans burst firecrackers in the theater to celebrate the actor’s birthday. Due to this incident the cinema hall came under fire.

Please tell that this incident is from Tadepalligudem town of West Godavari district. Radiance On the occasion of his birthday, a screening of the actor’s film ‘Billa’ was held at the Venkataraman Theater in Tadepalligudem town. On the occasion of Darling Superstar’s birthday, fans got so excited watching the film that they burst firecrackers during the screening itself, due to which the seats kept in the theater caught fire. The theater staff, however, doused the fire with the help of some people watching the film. Thankfully no one was injured in this incident.

Prabhas in headlines for ‘Adipurush’

Let us tell you that actor Prabhas is in a lot of headlines these days for his upcoming film ‘Adipurush’. Prabhas will be seen playing the role of Prabhu Shri Ram in this film based on Ramayana. Whereas actress Kriti Sanon will play the role of Sita Mata in the film, while actor Saif Ali Khan will be seen in the role of Ravana. Om Raut is directing this film produced by T-Series. The film will release on January 12 next year.

The teaser of ‘Adipurush’ has been released recently, after which people strongly opposed the film. Some people even accused the makers of ‘Adipurush’ of hurting the sentiments of Hindus. On the birthday of Prabhas, a new poster of the film has come out, which people are praising fiercely.