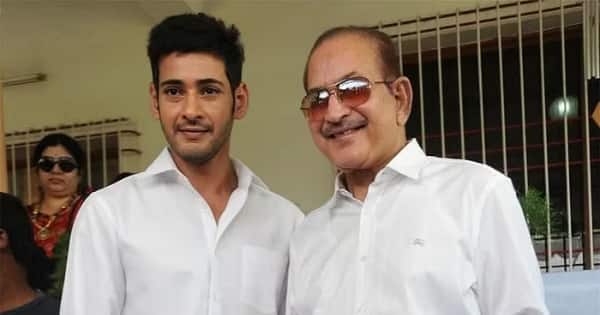 Mahesh Babu Father Passed At The Age Of 80: This year has been very bad for South’s superstar Mahesh Babu. This year the actor has lost many members of his family. Just a few months ago, her mother passed away, now after this her husband and well-known actor Krishna Ghattamaneni also said goodbye to this world. Mahesh Babu’s father breathed his last in the hospital on Tuesday. For information, let us tell you that he had recently suffered a heart attack. After which his fans were seen upset, now after the departure of Krishna Ghattamaneni, the fans are in great sorrow.

South’s well-known and Government Vari Pata actors appearing in Mahesh Babu has lost another member of his family. Mahesh Babu’s father passed away today i.e. on 15 November at the age of 80. Mahesh Babu’s father Krishna Ghattamaneni is no more in this world. After which Krishna Ghattamaneni’s fans are looking very sad on Twitter. And the fans are seen remembering the actor in their own style. Many Twitter users are also seen worried about the grief that has befallen Mahesh Babu. For information, let us tell you that a few months ago Mahesh Babu’s mother had also said goodbye to this world. So let’s see what people are writing on Twitter. Some are sharing his old picture, while others are remembering his films.

It’s shocking to hear about the demise of #SuperStarKrishna Garu?

God is being too ruthless with #MaheshBabu garu this year. Brother, mother & now the legend??

“I’m blessed to have a father like him!!” #RIPKrishnaGaru ,

Saddened by the passing away of #SuperStarKrishna Garu.

He left an indelible mark on Indian Cinema through his prolific artistry. The coming generations will remember him fondly for his classic movies.

It is very painful to see the death of Superstar Krishna Garu today, wishing God to give peace to Mahesh Babu who lost his parents within a few months, may Krishna Gari’s soul rest in peace. oh peace#SuperStarKrishna #HeroKrishna #Maheshbabu #RIPSuperStarkrishnanagaru pic.twitter.com/6EP55cnuP6

Every Father & Son Have great love each other? but they can’t express in words?
Stay strong Mahesh Babu Sir?
#SuperStarKrishna, pic.twitter.com/uJ7j43iYvq

#SuperstarKrishna garu is no more, he is the father of Telugu Superstar Mahesh Babu and he himself was a big commercial star in the mid-60s to late 80s. May his soul RIP #Krishna pic.twitter.com/XJRzzxtojv

Sad to hear about the passing away of one of the Greatest Stalwarts of Telugu Film Industry #SuperStarKrishna garu.

Is This Loss Irreplaceable?

Who was Krishna Ghattamaneni