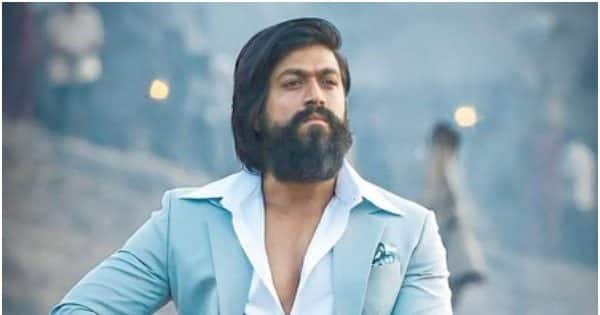 KGF 3 trends on twitter: There is a lot of buzz about Kannada superstar Yash’s next film KGF 3. The producer of the film has announced the third part of this film. After which the fans started dancing happily. See people’s reactions here.

KGF 3 trends on twitter: On the birthday of Kannada superstar Yash, the eyes of the fans were fixed on the next film of the superstar. Although Yash had made it clear 2 days before his birthday that he is not going to announce any new film on his birthday. Due to this announcement of superstar Yash, there was a wave of disappointment among the fans. People were expecting that he is going to give a big gift to the audience by announcing the next film on ‘Rocky Bhai’ on his birthday. After the bumper success of KGF 2, superstar Yash is yet to announce his next film. In such a situation, the audience had a keen eye on the announcement of the new film on the occasion of Yash’s birthday. However, this did not happen. The interesting thing is that not Yash but the makers of his blockbuster film KGF 2 have given a big gift to the fans on his birthday. Also Read – KGF 3: ‘KGF 3’ will start in 2025! Makers gave a big gesture on Yash’s birthday

Homeable Films, makers of KGF 2, told that he will soon be a superstar. fame The film is about to start the third part of the KGF series. He hinted that the third part of KGF will go on floors by the year 2025. The world of Twitter has started shaking with this mega announcement. The fans of KGF series are very happy with this news. people on twitter kgf 3 Have started tweeting fiercely in the happiness of K’s arrival. Along with this, the fans of the film star have also started congratulating him on social media. This is the reason why KGF 3 has started trending in the world of Twitter. Also Read – Hardik Pandya and Krunal will do two hands with Yash in KGF 3? Photo created panic

This is how the world of Twitter saluted ‘Rocky Bhai’

However, the audience’s wait for KGF 3 is going to be a long one. Producer-director of this film Prashant Neel is currently busy with Superstar Prabhas’ film Salaar. After this the film director will complete Junior NTR’s NTR 31. Only after this, his film KGF 3 with Yash will start. Obviously this will take a long time. Will Yash not work in any other film till the time KGF 3 starts? This big question has now arisen. If this happens, then the audience will see a glimpse of superstar Yash on screen only after many years. Also Read – Not only Brahmastra 2, the sequel was announced as soon as these films became hits, many will soon explode on the silver screen