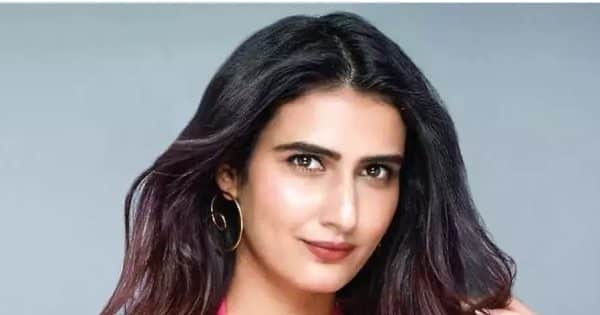 Fatima Sana Shaikh: Fans like the acting of Bollywood actress Fatima Sana Shaikh. The actress was seen in the film Dangal with Aamir Khan. Fatima Sana is in discussion these days because of her personal life. Recently Fatima has made a disclosure regarding her illness. While talking to the media, Fatima Sheikh has said such a thing that your senses will be blown away. Fatima told that she had an epileptic fit in the flight. Apart from this, the actress has made many revelations regarding her health. Come let’s know in this report what Fatima said about her illness… Also Read – Sam Bahadur: Vicky Kaushal is ready to blow smoke on the screen by becoming Field Marshal, the release date of the film came in front

Fatima Sana Shaikh told in an interview, ‘I have had epileptic seizures about 5 times. During that time I was alone and my condition had worsened. Due to this disease, my career was also badly affected. Due to this disease of epilepsy, I had to face a lot of problems. I am very lucky, who survived even after many big accidents. I am still scared to go anywhere alone. Whenever I go somewhere, I want someone with me. Fatima also told that earlier she was not told about this dangerous disease by the filmmakers. He had thought that he would not get work because of this disease.

Fatima Sana Sheikh will be seen in these films

Let us tell that Fatima Sana Shaikh remains very active on social media. The actress often shares pictures and videos with her fans, which are loved by her fans. Fatima Sana Shaikh was last seen in Netflix’s thriller movie ‘Thar’. Fatima will soon be making her acting debut in Vicky Kaushal’s film ‘Sam Bahadur’. Apart from this, she will be seen in the film ‘Dhak Dhak’. Also Read – Before Nora Fatehi, these Bollywood actresses were publicly molested, one slapped the accused