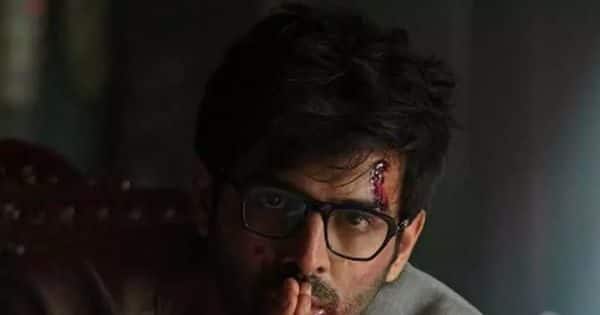 Freddy Leaked Online: Karthik Aryan’s movie ‘Freddy’ has been released on Disney Plus Hotstar. But just a few hours after its release, the film became a victim of piracy. Karthik Aryan’s acting in this film is commendable.

Freddy Leaked Online: Bollywood’s famous actor Karthik Aryan’s film ‘Freddy‘ (Freddy) has been released on Disney Plus Hotstar. In the movie Karthik Aryan (Kartik Aryan) has played the role of a dentist. Along with Karthik Aryan, Alaya F has also played the lead role in this film. According to media reports, Karthik Aryan has breathed life into the story of the film with his acting. After watching the trailer of ‘Freddy’, the fans were also very excited for its release date. But the sad thing is that Karthik Aryan’s ‘Freddy’ has become a victim of piracy. Also Read – Freddy Review: Karthik Aryan brings life to the faded story of ‘Freddy’, will be shocked to see each and every scene

Actually, after releasing on Disney Plus Hotstar Karthik Aryan ‘Freddy’ has been leaked on the internet in HD quality. The movie has been released on many pirated websites like Filmyzilla and Movierulz.com. Let us tell you that even before the film, it was being speculated that after its release on the OTT platform, the movie might get leaked on a pirated website. Also Read – Drishyam 2: Karthik Aryan shared a picture with Ajay Devgan and told- ‘What happened on 2 and 3 October’

Watch the teaser video of ‘Freddy’

Many Bollywood movies have become victims of piracy

What is the story of Karthik Aryan’s ‘Freddy’?

Kartik Aaryan’s Freddy is based on Doctor Freddy Ginwala who falls in love with Kaynaz. However, Kainaaz gets married to Rustum who beats her up. After the wedding, Kaynaz meets Freddy once again as a patient. Where Freddy also learns that Kaynaz’s married life is in turmoil. Both like each other’s company. But it is difficult for both of them to get along in Rustom’s presence. This is where the planning plotting begins in Freddy’s mind.