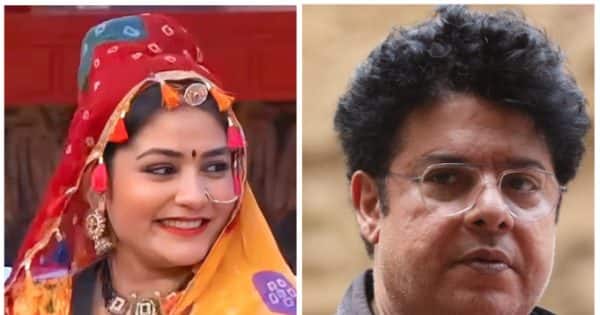 Gori Nagori and Sajid Khan: Only after leaving Bigg Boss 16, Gori Nagori has made many revelations. Meanwhile, one of his videos is becoming increasingly viral. While sharing the clip, he has written a note, which people are telling for Sajid Khan.

Gori Nagori Viral Post: The game of Bollywood star Salman Khan’s superhit reality show Bigg Boss 16 has become quite interesting. A new promo of this has come out some time ago, in which all the family members including Sajid Khan have opened a front against Archana Gautam. Actually, Archana has single-handedly put everyone in trouble. Fans are very fond of Archana’s game play. Recently, there was an eviction in Bigg Boss house, after which Gori Nagori became evicted from the house due to less votes. Meanwhile, a video of Gori Nagori has surfaced, which is becoming increasingly viral in the internet world. Also Read – As soon as she came out of Bigg Boss 16, Ghori Nagori ripped apart MC Stan, took Shiv and Sajid in their hands

Actually, some time back Gori Nagori had shared a video on her Instagram. Sharing this clip, Ghori wrote, ‘My attitude is my sign, you tell me there is a problem.’ Since this statement of Ghori, there has been an uproar on social media. Users are associating this statement of Ghori with Sajid Khan. People believe that Ghori has said this for Sajid Khan. Please tell that when Ghori Nagori was in Bigg Boss house, she had a fight with Sajid. Ghori and Sajid’s relationship was very good in the beginning of the show. However, with time both became staunch opponents of each other.

Tina Dutta is in discussion

Let us inform that this week the sword of nomination is hanging on 3 members of the house, in which the names of Shaleen Bhanot, Tina Dutta, Soundarya Sharma and Gautam Vij are included. It is being claimed in the media reports that Tina Dutta is going to be out of the house this week. However, till now no confirmation has come about it. Now it will be interesting to see who gets evicted from the house this week. Also Read – Bigg Boss 16: After elimination, Gori Nagori reveals big secrets related to the house, you will be surprised to see the video