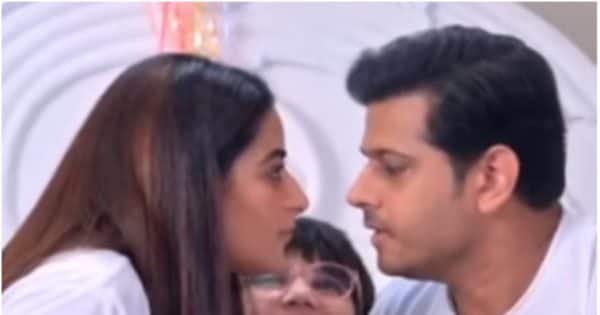 Ghum Hai Kisikey Pyaar Meiin makers trolled: ‘Gum Hai Kisi Ke Pyaar Mein’ is set to witness tremendous drama once again. In the upcoming episode, Virat and Pakhi will be seen coming closer to each other, due to which the mercury of Sai’s fans has gone high.

Ghum Hai Kisikey Pyaar Meiin New Episode: The audience is very fond of TV’s popular show ‘Ghum Hai Kisikey Pyaar Meiin’. This serial also remains on top in the TRP list. Let us tell you that people’s eyes are fixed on the show’s stock. fans Neil Bhatt (Neil Bhatt) and Ayesha Singh (Ayesha Singh) showers love on the pair. But recently there was a leap on this show, after which the pair of Virat and Sai broke up and both got separated. After this Virat married his own sister-in-law Aishwarya Sharma i.e. ‘Pakhi’. Due to which the hearts of Sai’s fans were broken. The already angry Sai fans have once again got a shock.

Sai’s fans lashed out at the makers

The video of this scene is becoming increasingly viral on social media. Sai’s fans have turned red with anger after watching this clip. Let us tell you that users are constantly trolling the makers of ‘Gum Hai Kisi Ke Pyaar Mein’ on the internet. Fans are unable to see Sai in this condition and are seen speaking on Twitter.

In this scene bhatt couple forgot how to act with modesty as they are parents…they pout shamelessly like a cringe couple…perfect pout as they are to use it regularly.

#GhumHaKisikeyPyaarMeiin bigamist hard at work. Next consumation of pakrat is loading and by Diwali we will get news of vilekha . RIP sirat. If new guy comes someone tell me. Till then adios as I can’t watch this cringe ? , pic.twitter.com/ppugy5ITk0

Why’s makers recreate all the sairat moment to pakhrat.#GhumHaiKisikeyPyaarMeiin pic.twitter.com/abagMR6KA6

Let us tell you that Pakhi i.e. Aishwarya Sharma is very active on social media. The actress is often seen sharing pictures and videos with her fans, which fans like very much. However, sometimes they also have to face trollers. It is known that Aishwarya Sharma and Neil Bhatt are husband and wife in real life. Both got married in the year 2021.