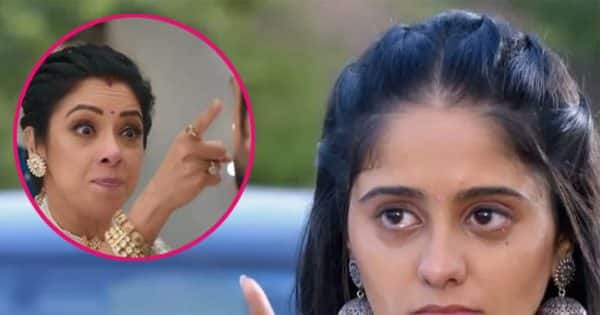 Ghum Hai Kisikey Pyaar Meiin Upcoming Twist: Serial ‘missing someone’s love‘ At the moment there is a shadow on social media. After a long time, the anger of many has been seen in the story of the serial Gum Hai Kisi Ke Pyaar Mein. Serial ‘Missing ThatSi Ke Pyaar Mein (Ghum Hai Kisikey Pyaar Meiin Latest Episode) I have seen that Virat raises questions on the relationship between Sai and Jagtap. Virat asks what is going on between Sai and Jagtap. After which Sai humiliates Virat fiercely. Sai asks Virat why Virat is asking this question to him.

Sai says she doesn’t need anyone’s character certificate. Not only this, after Virat, Sai’s anger is also going to explode on Jagtap. Neil Bhatt and Aishwarya Sharma In the upcoming episode of Ghum Hai Kisikey Pyaar Meiin Upcoming Episode, you will see that like Virat, Sai will slap Jagtap on the face. Sai will tell Jagtap that a new calamity has arisen because of his father.

Not only this, Sai will openly tell Jagtap that she hates him. Seeing Sai’s attitude, the fans are in awe. TV corridor shook it. People cannot believe that Sai has taken a stand so strongly. There are some people who are comparing Sai with Anupama.

Since @sidd_vankar & Co. are now making Sai like Anupama phase then I hope they make her accept her faults like Anupama. Please show her accepting that she made a huge mistake hiding Savi from Virat & his family & keeping Savi devoid of her father’s love #GhumHaiKisikeyPyaarMeiin pic.twitter.com/Ub5PT7Z6Al

#GhumHaiKisikeyPyaarMeiin So ur accepting that Virat bhi Vanraj jaisa gatiya admi hai since u accepted sai is an another anupama? https://t.co/tL3OP7BKcI

Exactly.. they are suffering from partial Amnesia. They remember that she left, but they don’t remember him snatching away Vinu and choosing a criminal over Sai and his child. #ayeshashingh #GhumHaiKisikeyPyaarMeiin https://t.co/t3sSQE0WZd

Another user wrote, If you want to make Sai anupama, then first teach him to accept his mistake. Sai did not admit his mistake till today. Sai always gets Virat and his family wrong. While Anupama learns from her mistake. Savi should get father’s love. Sai has to understand this thing now.