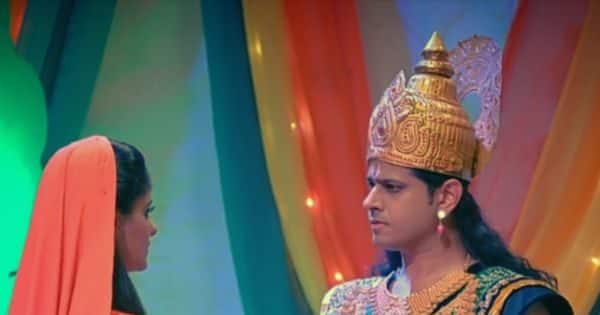 Ghum Hai Kisikey Pyaar Meiin: In Neil Bhatt and Ayesha Singh starrer ‘Gum Hai Kisi Ke Pyaar Mein’, Virat has once again come under the target of trolls. Actually, Virat was made Lord Ram for a scene of the show, upon seeing which the anger of the users reached the seventh sky and they fiercely took the class of the makers.

In which angle is Virat Sri Ram?
He always has his eye on others wife,shame on the makers.
And he is not 1 woman man,so makers don’t you dare to insult.#GhumHaiKisikeyPyaarMeiin


‘I am missing someone’s love’ In (Ghum Hai Kisikey Pyaar Meiin), the fans took a class of makers fiercely after making Virat a Ram. One user tweeted on making Virat Ram as Ram, “From which angle is Virat Ram? It always had an eye on the other’s wife. Shame on you Makers. Makers, don’t dare to insult Lord Ram.” Another user expressed displeasure over making Virat as Lord Ram and wrote, “Shit, keep religious sentiments aside. But how can a person who married his sister-in-law and doubted his wife be Lord Ram? ”

VIRAT IS NOT BHAGWAN RAM

PAKI IS NOT YASODA MAA

And moreover he is compared with ram ewww disgusting#GhumHaiKisikeyPyaarMeiin https://t.co/DgBCmhu4v4