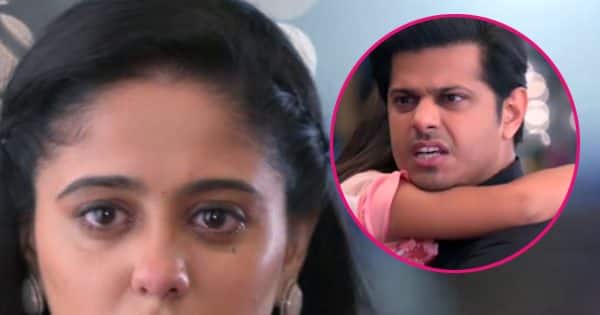 Neil Bhatt and Aishwarya Sharma In the upcoming episode of the serial ‘Gum Hai Kisikey Pyaar Meiin Upcoming Episode’, Virat is going to show his true colors to everyone. After which Sai will be seen pleading in front of Virat. Fans are not liking this style of Virat at all. This is the reason why people have started trolling Virat badly on social media.

TV corridor In this, people have started telling Virat only the villain of someone’s love is missing. People claim that Virat is worse than Jagtap. Trolling Virat, a user wrote, I do not understand why the makers are working so much to clean up Virat’s image. To make Virat great, the makers have made Sai a villain. Why does Virat still feel that his and Pakhi’s marriage is legal and he can do his own thing?

Virat? is ?the ?Villain!
Virat? is? the? Willian!
Repeat after me…
VIRAT IS THE VILLIAN! #GhumHaiKisikeyPyaarMeiin pic.twitter.com/2GISIe913f

I’m wondering now that they’re trying to whitewash Virat’s character & make Sai the delusional suspicious ex wife, will they finally cut down cringe Virakhi scenes which served no purpose?
If not how can Virat stans continue adopting marriage theory?

So Virat uses his power to protect chavani and harass Sai pic.twitter.com/2rc82tBCWj

Kind request to ppl on tag to tag @NCWIndia enmass along with clips of woman abuse shown in #GhumHaiKisikeyPyaarMeiin .. Please we have to raise our voice.. Kuch hoga ya nai baad ki baat. If u can then please tag media handles too.Too much wrong is being passed in name of fiction

Virat boasting about his and his wife’s best skills ??#GhumHaiKisikeyPyaarMeiin pic.twitter.com/eM9pUDMHN9

Another user wrote, Virat is not seeing the pain of Sai. Instead of adopting Sai, Virat has also distanced Savi from him. Such a person should be put in jail. Not only this, some people are giving tags like Villain, Bacha Daku and Nalla to Virat.