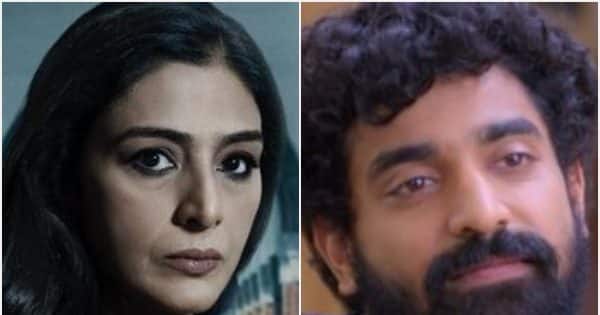 Ghum Hai Kisikey Pyaar Mein’s Jagtap aka Siddharth Bodke watch Drishyam 2: TV serial star Siddharth Bodke has recently created a stir among the fans by sharing a video. This video of Siddharth Bodke, who is seen in the role of Sai’s lover in the show ‘Gum Hai Kisi Ke Pyar Mein’, has quadrupled the craze of the fans. Watch video.

Ghum Hai Kisikey Pyaar Mein’s Jagtap aka Siddharth Bodke watch Drishyam 2: Bollywood star Ajay Devgn, Tabu and Akshaye Khanna starrer film Drishyam 2 has finally reached the theaters today. There is a lot of craze among the fans regarding this film. The film also seems to be getting tremendous love from the audience. Meanwhile, Jagtap of TV serial Gum Hai Kisi Ke Pyaar Mein… has also given a big gift to his fans. TV serial star Siddharth Bodke has also reached the theater to watch the film. Whose information has been given by the TV serial star through his social media handle. In this video Siddharth Bodke is seen enjoying the movie Drishyam 2 with his friends. Also Read – The story of these 8 serials has been stolen including Anupama and Ghum Hai Kisikey Pyaar Meiin? Got a lot of TRP on the basis of remake

Sharing this video, the TV star has written in his video, ‘From watching Drishyam 1 to the Corona era. Drishyam 2 Being a part of and seeing myself on screen watching this film at its mega premiere… Life is full of surprises and humblings.’ watch tv serial here lost in someone’s love This funny video of fame star Siddharth Bodke. Also Read – In the hunger of TRP, when the makers made innocent characters villains, they collected a lot of numbers

Jagtap’s character will be seen in Drishyam 2

For those who are not aware, tell them that TV star Siddharth Bodke, who has gained popularity through Gum Hai Kisi Ke Pyaar Mein…, is also going to be seen in the film Drishyam 2. His character in this film is that of a goon. A glimpse of which was also shown by the makers in the promo of the film. After watching this video, there was a wave of happiness among the fans of Gum Hai Kisi Ke Pyaar Mein. Now the film Drishyam 2 has reached the silver screen. It is obvious that seeing this film in the theater and seeing a glimpse of their favorite star is no less than a treat for the fans. So are you excited to watch Drishyam 2. Tell us your opinion by commenting. Also Read – GHKKPM: Aishwarya Sharma’s 1 million followers on Instagram, husband Neil Bhatt celebrated like this, see photos