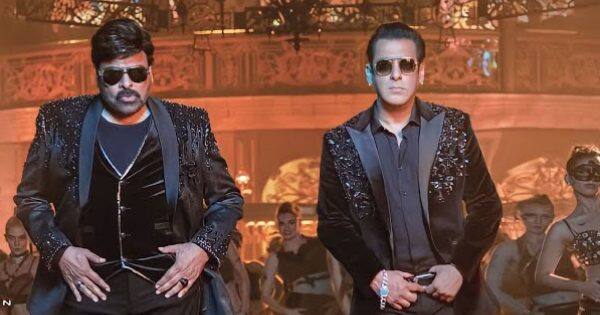 Godfather WW Early Estimate Day 5: Chiranjeevi, Nayanthara and Salman Khan’s film ‘Godfather’ can earn money at the box office on the fifth day. Know here how much the film has collected so far.

Godfather WW Early Estimate Day 5: South’s superstars Chiranjeevi, Nayanthara and Salman Khan (Salman Khan)’s film ‘Godfather’ is making tremendous money at the box office. Directed by Mohan Raja, this film is doing a bang collection not only in South but also in North India. In the movie Chiranjeevi From K’s style to Salman Khan’s style is winning the hearts of the audience. According to trade analysts, ‘Godfather’ has earned Rs 100 crore in just 4 days. Now the figures for the fifth day of the film’s earnings are also coming out.

Godfather can collect so much on the 5th day

According to media reports, Chiranjeevi and Salman Khan’s film ‘Godfather’ Can collect 15 to 20 crores on the fifth day at the worldwide level. At the same time, this film can collect 9 to 10 crores in all languages ​​in India. The makers are also very happy seeing the collection of the film.

Will soon join the club of Rs 150 crore

Seeing the collection of Chiranjeevi and Salman Khan’s film, it is being estimated that ‘Godfather’ will cross the Rs 150 crore mark worldwide within 10 days. For information, let us tell you that Salman Khan was in the discussion about this film for a long time, because he did not take any fee for ‘Godfather’. This is the reason why Salman Khan’s excitement about this film was double.

‘Godfather’ is the Telugu remake of Lucifer

Salman Khan and Chiranjeevi’s film ‘Godfather’ is a Telugu remake of Mohanlal and Prithviraj Sukumaran’s Malayalam film ‘Lucifer’. However, despite this, the film is getting a very good response from the audience.