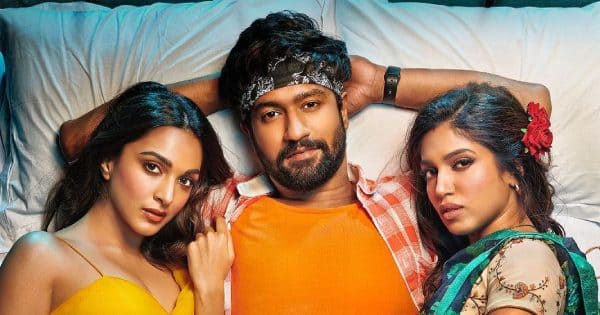 ‘Govinda Naam Mera’ Releasing the poster, Disney+Hotstar wrote in the caption, “Govinda ki kahani, nahi hai ye common kahani.” People are commenting a lot on this poster of the film and giving their feedback. One user wrote, “The starcast of the film is awesome, hope the film will also be good.” So while another user wrote, “This film is giving the vibe of Pati, Patni Aur Woh.” Also Read – Release date of Vicky Kaushal’s ‘Govinda Naam Mera’ out, film will hit OTT on this day

Where in the movie ‘Govinda Naam Mera’ Vicky Kaushal Will play the character of ‘Govinda’. Sharing his look from the film, the actor wrote, “Govinda naam mera, nachna kaam mera, aa raha hoon soon, apni kahani lekar.” So there actress Bhumi Pednekar will play the role of Govinda’s wife ‘Gauri’. In the film, Kiara Advani will be seen in the role of Govinda’s naughty girlfriend ‘Suku’. Also Read – Exclusive: Vicky Kaushal’s ‘Govinda Naam Mera’ will not release in theatres!! Will knock on this OTT platform

Such is the story of the film

‘Govinda Naam Mera’ is produced under the banner of Karan Johar’s Dharma Productions, while it is directed by Shashank Khaitan. ‘Govinda Naam Mera’ is a crime suspense thriller that will showcase the drama of a Ghanchakkar family. There is a lot of excitement among the fans about this film.